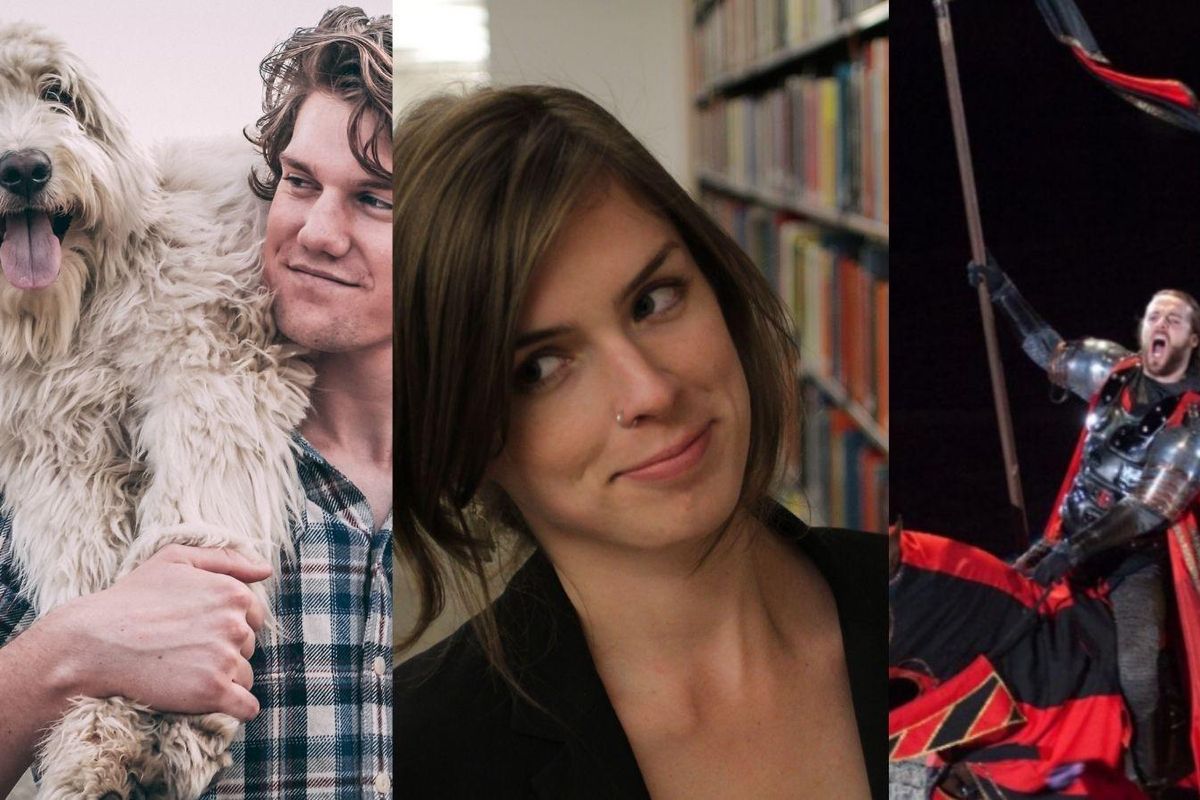 When we’re kids, we dream of becoming astronauts, marine biologists, firefighters … only to discover that these jobs are nowhere near what we imagined them to be. As it turns out, all jobs require work, sadly.

A recent Reddit thread asked: “What is an overly romanticized job?” And though the answers are blunt, they do reveal another side of these so-called “dream jobs.”

“You spend most of your time cleaning poop and you’re paid like shit.” – Coc0tte

“I dated a woman who was with the FBI and she enjoyed what she did most of the time but wow was it dry. Imagine sitting in a car watching a house for 6 hours then going back to the office and spending a few hours writing a report. Or looking through 10 years of purchase records and receipts that you pulled out of the trash to build a case. Or sitting in a room at midnight listening in on a dude having phone sex with his mistress.The overwhelming majority of her job was writing reports, status updates, and reviewing financial documents in an office. The hours were terrible, the work seemed boring, and the bureaucracy was thick.” – L_Bart0

“I had a boyfriend who did it for several years… You play the same five minutes of game over and over again, hundreds of times (sometimes thousands). The job kinda killed his passion for gaming, and as far as I know, he still doesn’t play anything for fun.” – QuinnRMonroe

“Those guys start as squires and deal with tons of grunt work and when they become knights, hours are still terrible but now you risk very serious injuries during practice or during a show. All of my friends that have worked or work there have had multiple surgeries, broken bones, you name it. They do like having the spotlight on them and they’re like brothers but usually hate it after a while.” – Linas416

“For some reason some of my old coworkers got it in their heads that my traveling sales job was whisking me away to exotic places and gourmet meals on the company dime. No. No no no. Unless you think Syracuse is basically Paris and eating a poorly wrapped burrito while driving because you don’t have time to stop for lunch between appointments is fine dining, sales is not sexy.” – FistedTate

“Saddest part for me was on the road one time going out to a solo dinner (as usual) and being sat with a candle and rose in the middle of the table. I looked around and saw every other table was a couple and only then did it hit me it was Valentine’s Day.” – rocket-guy-12

“If you get offered a professorship in Boise Idaho you have to take it, because you almost certainly will not be offered another one.” – workacct1999

“Seems like lots of good romcom boyfriends are architects. In reality, the hours are long, the stress is extremely high, and pay is really poor for a skilled profession.Edit: I’m an interior designer, and it never stops surprising me that I make FAR more money than architects, with far less training.” – RandomRavenclaw87

“There’s a great essay that’s titled something along the lines of ‘the best time to be an architect is at a cocktail party.’ I’m lucky. I genuinely love architecture and design and didn’t really mind the killer hours and stupid tests when I was younger, and I have mostly worked for firms that ask me do quality work most of the time. But man oh man do the general public have no idea how cutthroat and fragmented the business side of it is.” – Bulloak

“People imagine you selflessly save starving babies. In reality it’s a commute to a desk job and staring at a computer all day.” – DJRoone

“I’m currently on a show I love with people I love and it’s the weirdest mix of dream job and ruining my life. I get to make incredible things but the deadlines are unreasonable, I haven’t had a weekend in months and neither have my coworkers. I feel like I’m in a suicide cult where we are all too afraid to let each other down, meanwhile we are just lining the pockets of the CEO of Netflix.” – jerisad

“Other people: “Do you ever get to meet {insert famous performer} ?

“Working as a lawyer isn’t anything like on TV.” – Grapezard

“I’m a lawyer and most of my friends are lawyers and I know very, very few who enjoy their jobs. The disconnect between what people think lawyers do and what lawyering is actually like on a day to day basis is massive.” – _Doctor_Teeth_

“People have big dreams, but most people end up working positions similar to quality control assistant at a random industrial uniform company rather than a designer at Forever 21, let alone Dior. Reality is quite brutal. Even if you do make it into the mainstream side of things, be prepared for all the negative stereotypes. It’s pretty much true that it’s filled with toxic, judgmental, superficial people who are also kinda racist…And those ethically sourced, made by women in developing countries, feel good brands? You’ll be shocked by how morally questionable it gets behind the scenes.I left the industry kind of by accident due to life circumstances, but I always knew I was never going to be happy in that environment. Nor would I have made as much money or have any semblance of a work life balance.” – lithelylove

“It’s not quiet, we don’t read all day, we clean up our fair share of bodily fluids, plunge many toilets, and interact with homeless/mentally ill patrons fairly regularly depending on our location. Sure a bulk of our job is recommending books to readers and coming up with fun programs, but sometimes I feel like a community secretary…Or a social worker, which I did not sign up for. I love my job, but it is absolutely exhausting and gross and stressful and scary sometimes.” – _s_p_q_r

“You picture yourself at a typewriter in a cabin by a lake, crackling fire in the fireplace, a golden retriever asleep at your feet and a glass of lagavulin in your hand dreaming up the next great American novel. Contrast that to reality where the writing jobs that actually pay the bills usually involve long nights and weekends sitting in a cube farm writing the instructions that come with a toaster that nobody will ever read.” – capn_gingerbeard

“People think you are like Leonardo Dicaprio in Catch Me if You Can; swaggering through the airport, wearing sunglasses, surrounded by hot flight attendants. In reality, we’re like glorified bus drivers whose job is 1% excitement and 99% absolute boredom just sitting in a cockpit waiting for life to pass by.” – Essex1820

By this point, you might be wondering, IS there a job that’s as romantic as it sounds? One user provided a humorous answer:

“IT is exactly as romantic as it sounds. It really is a bunch of nerdy guys in a basement spending most of the day on Reddit and acting like we’re swamped with work.”

And a delivery driver came in to offer the thread a different perspective:

“I work at a Dominos delivering pizza and everybody acts as if it is the most embarrassing job but I love it! I basically get paid 20 bucks an hour on average… and honestly I like it a lot more than my graphic design job.”

Though maybe no job is as glamorous as it looks on paper, hopefully we can all find that sweet spot where even the less-than-ideal working conditions are still workable.