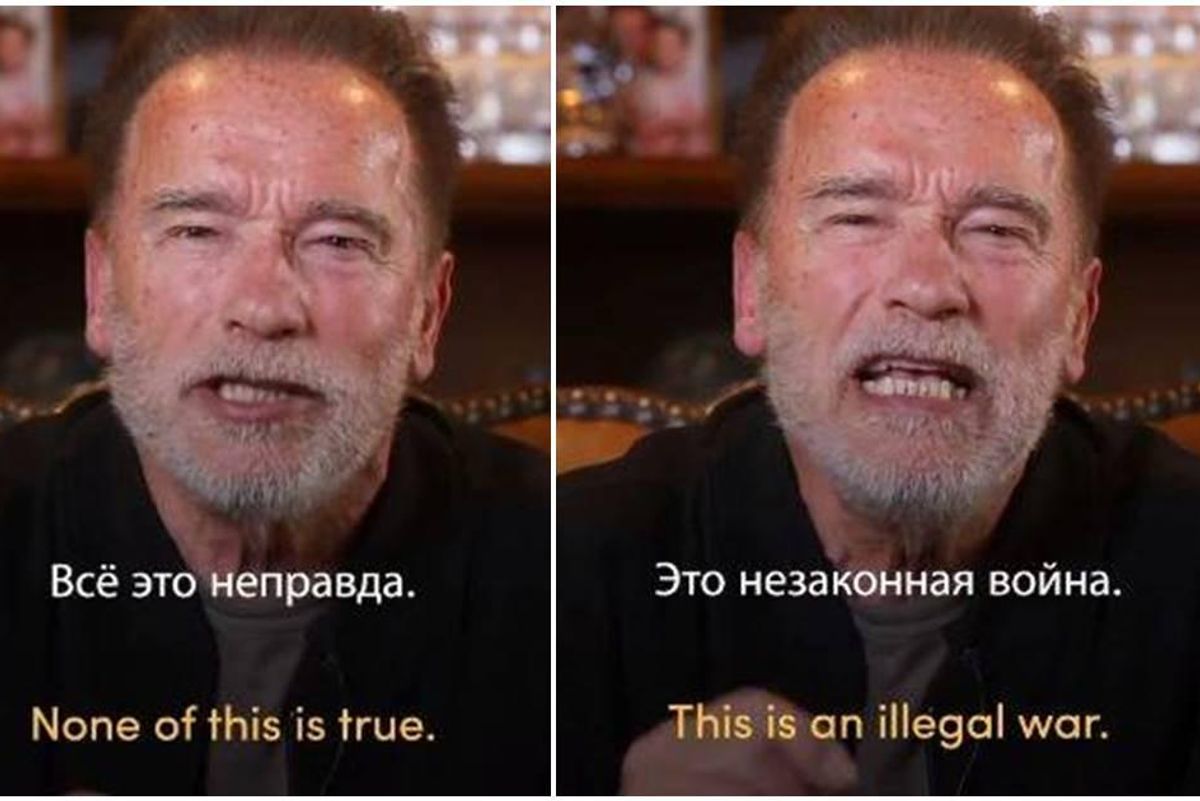 The firehose of propaganda and information lockdown in Russia has made it possible for Vladimir Putin to attack Ukraine without having to face a significant backlash in his home country.

Russians have falsely been told that their country is in danger because Ukraine’s government is full of neo-Nazis with nuclear ambitions. These lies have been spread unabated because the government will retaliate against any media outlet or social media platform that challenges its narrative.

In an attempt to share the truth about the war in Ukraine, actor and former California governor Arnold Schwarzenegger recorded a nine-minute video explaining what’s really happening, directed at the Russian people.

“The strength and the heart of the Russian people have always inspired me,” he said. “That is why I hope that you will let me tell you the truth about the war in Ukraine and what is happening there. No one likes to hear something critical of their government, I understand that. But as a longtime friend of the Russian people, I hope that you will hear what I have to say.”

Schwarzenegger hopes that his popularity and status as a private citizen can change some hearts and minds in Russia. The video is moving because he doesn’t just chastise Putin’s policies. He compares the struggles faced by Russian soldiers with the pain that his father endured after fighting in World War II on the side of the Nazis.

“I don’t want you to be programmed like my father,” Arnold said.

Arnold shared the truth about Russia

In the video, the “Terminator” star also shares the cold truth about the war, backed up by images of death and destruction to let the Russian people know about the horrors that are being committed in their name.

“The world has turned against Russia because of its actions in Ukraine,” he said. “The destruction that Russian bombs are raining down on innocent civilians has so outraged the world that the strongest global economic sanctions ever taken have been imposed on your country … This is not the war to defend Russia like your grandfather or your great grandfather fought. This is an illegal war!”

While it’ll be tough for Schwarzenegger’s message to make it past the iron information curtain surrounding Russia, his heartfelt effort to spread a message of peace should be applauded.