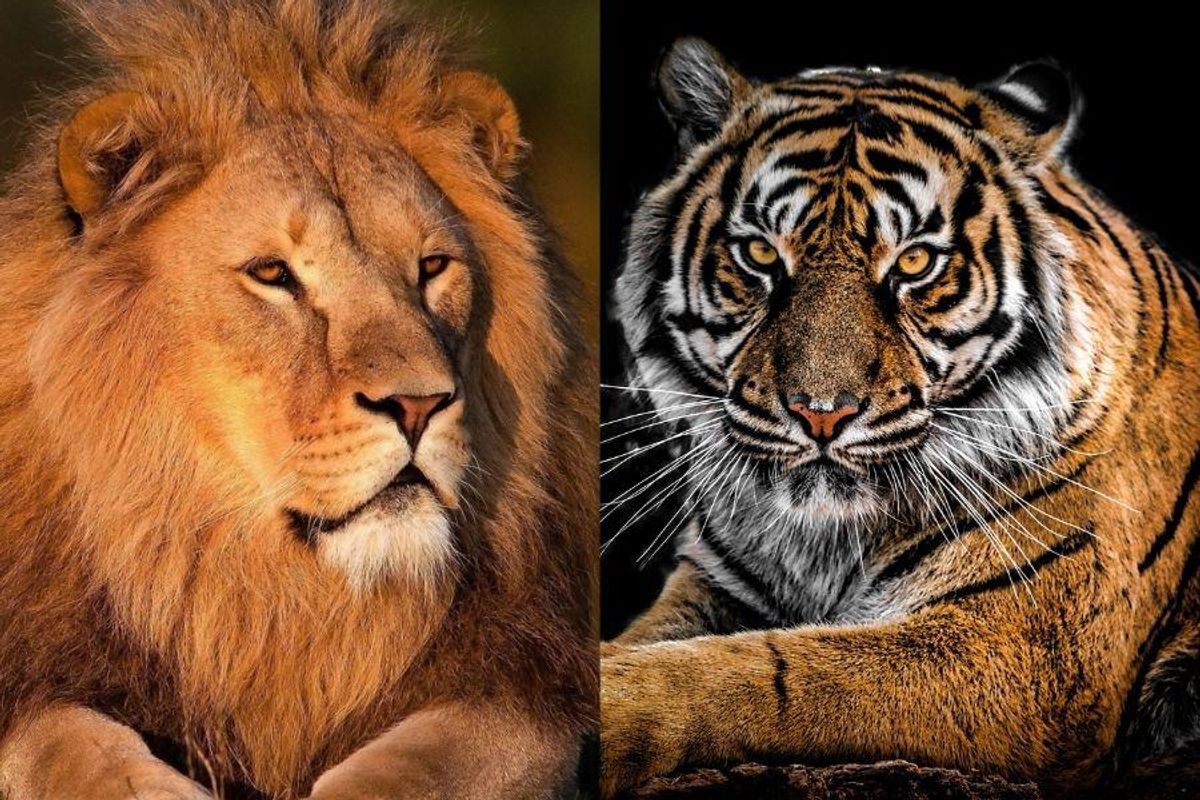 Two separate rescue operations led to one happy ending for a group of tigers and lions held captive in traveling circuses.

The Bengal tiger family—Messi, Sandro, Mafalda and Gustavo—spent their lives knowing only of a world behind the bars of a metal train carriage, according to Plant Based News. Two of the older tigers had been dropped off (train cage and all) to a local farmer in San Luis, Argentina. The farmer agreed to look after the duo temporarily. But the circus never returned. Both tigers eventually had cubs, and the family of four continued to live in captivity for years.

“The train carriage was filthy with excrements and leftover meat and bones for a long time but fortunately this is not the case anymore,” said FOUR PAWS veterinarian and rescue mission leader Dr. Amir Khalil. FOUR PAWS is a global animal welfare organization dedicated to rescuing domestic and wild animals from inhumane or disastrous conditions.

The “Train Tigers” now live happily at the LIONSROCK Big Cat Sanctuary in Bethlehem, South Africa, in environments closer to their natural habitat.

Meanwhile in France, four lions named Angela, Bellone, Saïda and Louga (who would later earn the nickname “Lions of Lockdown”) had endured a similarly toxic circus life since they were cubs. After being relinquished by their owner, an animal conservation group called Born Free moved the abandoned lions to a three-acre enclosure at the Shamwari Private Game Reserve, also in South Africa. These lions and tigers are practically neighbors.

What a difference Born Free makes!

Our #LionsOfLockdown were cruelly exploited as circus animals, but thanks to you they’re transforming into the lions they should have been at @ShamwariReserve.

Born Free manager Catherine Gillson said in a statement, “The journey of our Lions of Lockdown has been long, but hopefully with each day spent with us in the peace of our sanctuary, they will continue to grow from strength to strength. Their re-homing to our Big Cat Sanctuary at Shamwari will allow them to get as close to experiencing the life they were denied for so many years! The sights, sounds and scents of their fellow rescued big cats will heighten their senses immediately as they begin to acclimatise to their new lives. They are now in their forever home in Africa.”

Many wild cats of the world are suffering. There are currently only 23,000 lions remaining in nature, and less than 4,000 tigers. Those alarming numbers aside, felines in the circus are deprived of natural enrichment and subject to flat-out abuse: training through punishment to perform tricks. Is this really necessary for a momentary blip of entertainment? Arguably lackluster entertainment at that. Seeing a tiger jump through a hoop of fire or a lion stand up on its hind legs certainly doesn’t hold a candle to witnessing it in its own environment. Sometimes the most natural things are the most fascinating.

That’s what makes these simultaneous rescue missions so important. We share the planet with some truly majestic creatures, who deserve respect and decency.

Thank you to organizations like FOUR PAWS and Born Free, who gave the “Train Tigers” and “Lions of Lockdown” a healthy forever home.