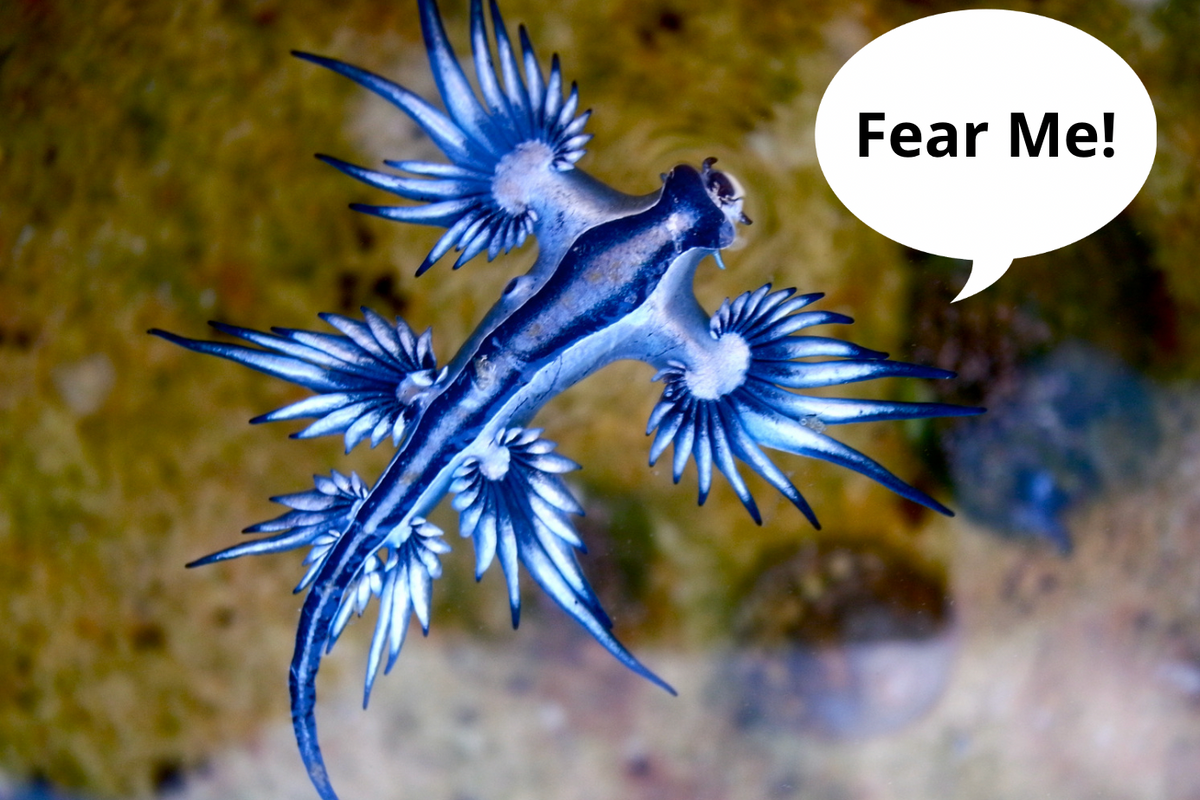 Have you seen this tiny, yet gorgeous creature washing up along shores and in TikTok feeds?

No, it’s not a Pokemon, as some people on the internet will try to convince you. But with its mystical appearance and hidden (yet dangerous) powers, it might as well be. 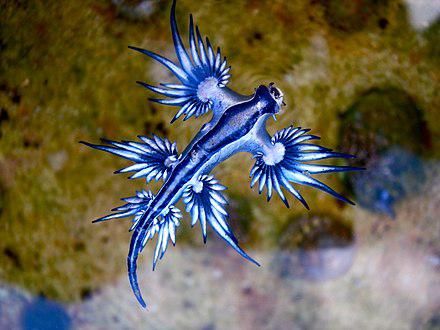 Blue Dragon, I choose you!
upload.wikimedia.org

This little guy is technically called a Glaucus atlanticus, which is already incredibly fun to say. But you can also call him a blue dragon.

Pretty cool right? But how does such a delicate looking creature earn such a powerful name?

According to One Earth, a blue dragon is—believe it or not—part of the nudibranch family, aka mollusks and slugs. Yes, we live in a world where slugs are also dragons. Dare to dream! It’s found on the surface of multiple oceans throughout the world, in both temperate and tropical waters. Which explains why they’ve been seen everywhere recently, even Texas.

The way they float on the water is pretty cool too. What we see on the surface is actually the blue dragon’s brightly colored underbelly, which creates a little air bubble to keep it buoyant. Meanwhile, its backside is a grayish white. Both sides act as a camouflage, mimicking either the blue ocean waves or the light penetrating the sea’s surface, hiding the blue dragon from predators both above and below. There’s even a science-y term for this defense mechanism: countershading.

And here’s where things get gnarly…

Needless to say, blue dragons are the very embodiment of “look don’t touch.”

Not that it stops Aussies on TikTok like Juliano Bayd. Bayd has no problem picking them up with his bare hands. Look below for anxiety.

In Bayd’s defense, it seems that his main focus is rescuing blue dragons and helping them return to the ocean, sometimes hundreds at a time. And he’s always transparent about the risks involved.

How does a blue dragon get the venom, you ask? By eating Portuguese men-of-war. You know, those crazy not-quite jellyfish sea animals that wash up on shore and deliver an infamously powerful sting, even when dead? The ones whose tentacles can grow up to 165 feet? Yes, those. The blue dragon eats the man-of-war (among other things), then stores the stinging cells in its appendages for later use. Let me repeat: This tiny floating slug, barely more than an inch, can and will eat an incredibly venomous life form (like it’s nothing!) then steal its venom like some kind of aquatic vampire.

And here’s a video of it doing just that:

Mother Nature never fails to offer us both the strange and beautiful. If you are lucky enough to see a blue dragon on your next beach trip, it’s best to admire it from afar. But do admire it. Because these otherworldly stinging slugs are quite stunning … in every sense of the word.