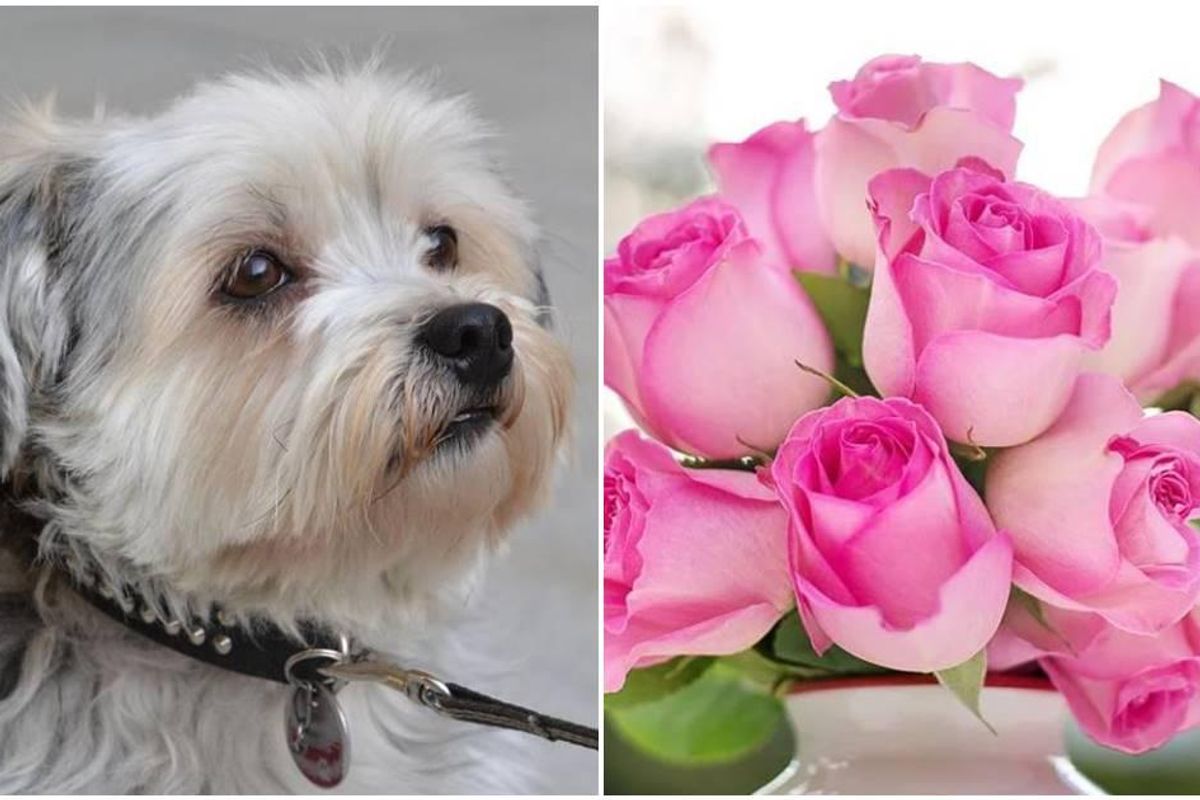 Two years ago, the Gonzales family let Leela (named after the one-eyed character played by Katey Sagal on “Futurama”), their Shih Tzu, outside to go to the bathroom and the dog never returned. “We searched for months down the neighborhood. We thought a coyote or something got her,” Mark Gonzales said according to My San Antonio. The family had given up all hope of finding Leela until a strange event bought them back together.

On Mothers Day at 8:20 pm, police were called to the H-E-B store in Lytle, Texas after reports that a man had fled the store after stealing a $15 bouquet of flowers.

“The guy gets into a car with paper tags and drives off,” Lytle Police Chief Richard Priest said. “Then the [H-E-B manager] noticed the guy left a little brown Shih Tzu in the shopping cart. I’ve never had somebody leave their dog there when they commit a theft,” Priest said. “Nothing says I love you mom like stolen flowers.”

The police took the dog to a local shelter where its chip was checked and they discovered it belonged to the Gonzales family. The next day, Mark’s wife, Belinda, got a call from Lytle Animal Care and Control saying they had their long-lost dog.

“We were visiting a friend in the ICU, having breakfast, when she got the call,” Mark said. “It was totally unexpected. Thank God my wife got her chipped, spayed and her shots back in 2018.”

Gonzales said his wife is “tickled to death” to have Leela back home and that their son is in for a big surprise when they get home.

“When she got lost, he was eight. It feels good. I encourage people to chip their dogs, either way you might get your dog back,” Gonzales said. “This is a strange way to get my dog back, but at least we got her back.”

The police believe they know who the man is because he visited the shelter in an attempt to get the dog back after stealing the flowers. The suspect who is in his 40s faces a Class C citation for theft. The good news for the Gonzales family is that even though Leela was associated with the man who committed the crime, she won’t face any charges.

“The dog isn’t facing any charges, as we can’t prove he engaged in the theft,” Priest joked. “Hopefully, the dog hasn’t been on (a) 2-year crime spree and picked up bad habits.”

Studies show that microchip programs have been very effective at reuniting lost pets with their owners. A 2015 study on over 7700 microchipped animals found that the reclaim rates were substantially higher for pets with chips.

Chipped dogs that were picked up by shelters made it home 52% of the time, versus 22% of the non-chipped, and 39% of chipped cats found their owners versus just 2% of non-chipped.

If your dog is chipped make sure you have updated their information with the service provider. The study also found that 35% of pets with chips that wind up in shelters have an incorrect or disconnected phone number associated with the pet.