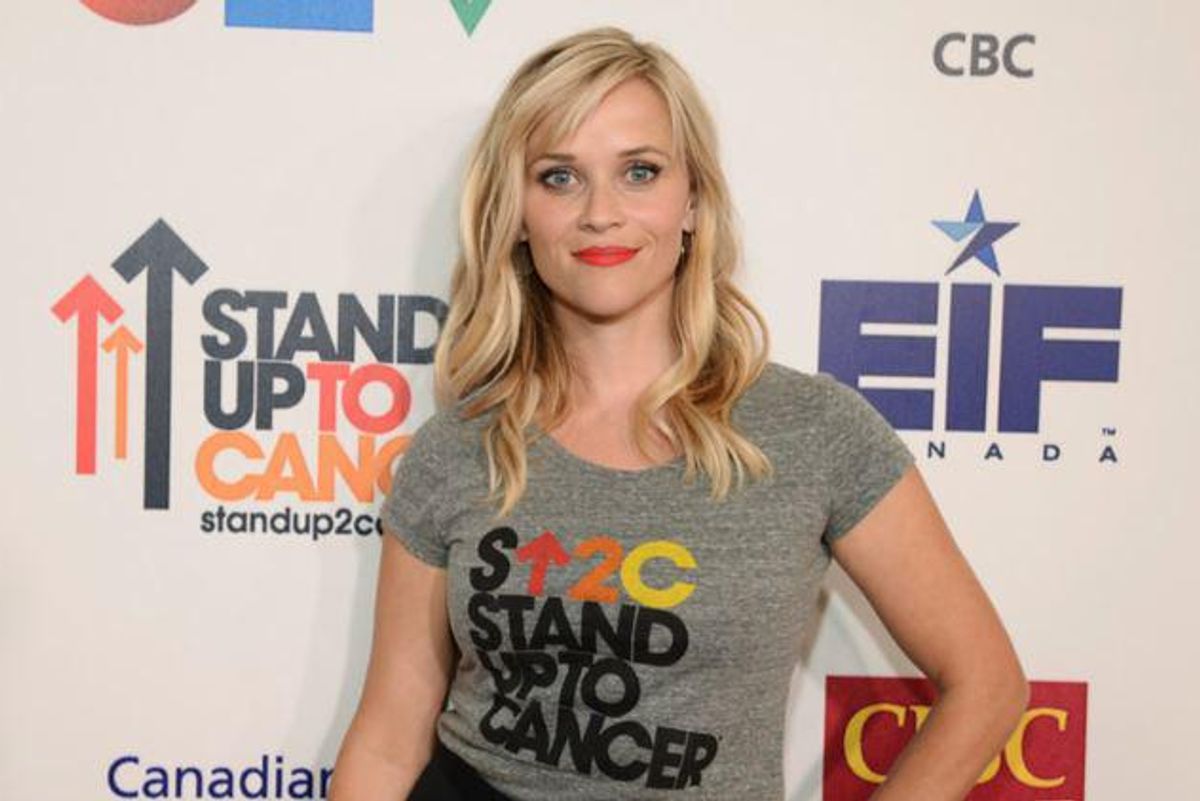 Reese Witherspoon, 46, and her ex-husband Ryan Phillippe, 47, showed that homeschooled kids deserve graduation, too, by putting on an impromptu backyard ceremony for their son Deacon Phillippe, 18.

Approximately 6% of the kids in America are homeschooled, a number that increased significantly after the COVID-19 pandemic.

Ryan Philippe, who was dressed up in a cap and gown to play the principal at the graduation, shared photos and a video clip of the ceremony on Instagram.

In the video, Deacon Phillippe proudly accepts his diploma while Elgar’s “Pomp and Circumstance” plays in the background. After receiving a few congratulatory hugs, he threw his cap in the air and it landed in the pool. But before the cap was completely water-logged, Witherspoon came to the rescue and fished it out.

Deacon’s diploma says it was from “Mountain High School” and was signed by his parents. He responded to the post by leaving a comment, “Best dad ever.”

In addition to Deacon, Witherspoon and Ryan Philippe have a daughter, Ava Phillippe, 22. The former couple met on the set of “Cruel Intentions” and were married in 1999. They divorced in 2007.

Ryan Philippe also has a daughter, Kai Knapp, with his ex-girlfriend Alexis Knapp. Witherspoon has a son with her husband James Toth, Tennessee James Toth, 9.

Witherspoon can’t believe her son grew up so quickly.

“How did this happen?!! @deaconphillippe is 18?!!” she wrote in an Instagram post on his 18th birthday. “One day he was trading Pokémon cards, singing Bruno Mars songs, and playing American Ninja Warrior in the backyard. The next day, he is taller than me, cooking the family steaks on the grill and making his own music with his best friends. My heart is bursting with pride about the young man he is becoming.”

Witherspoon and Philippe have worked hard to remain friends as they’ve co-parented two kids over the years.

“I always tell my kids, ‘You’re so lucky cause it’s not just your mom and dad who love you. You have grandparents that love you, a stepdad that loves you and it’s always such a great opportunity to have as many people in your life nurturing you and carrying you and guiding you in this life,’” Witherspoon told ABC News.

What’s next for Deacon Philippe after graduating high school? He has spent a lot of his time making music recently. His first single, “Long Run,” made it to iTunes Top 20 and features vocals by Nina Nesbitt.

“I have a teenage voice,” he told Interview, “so I’m going to stick to writing and producing.”

“I realized there’s more to making music than just being a vocalist, and that a lot of times it’s the production that makes me feel something,” he added. “I asked my dad about how it works, and he taught me all the stuff he knew, and then I started watching YouTube videos.”

However, as the son of two prominent Hollywood actors, Deacon also has his sights set on the silver screen. “That’s definitely something I’m interested in,” he says about pursuing acting. “From the time I was really young, I remember paparazzi being around. I don’t really know what it’s like not to be seen by the public.”