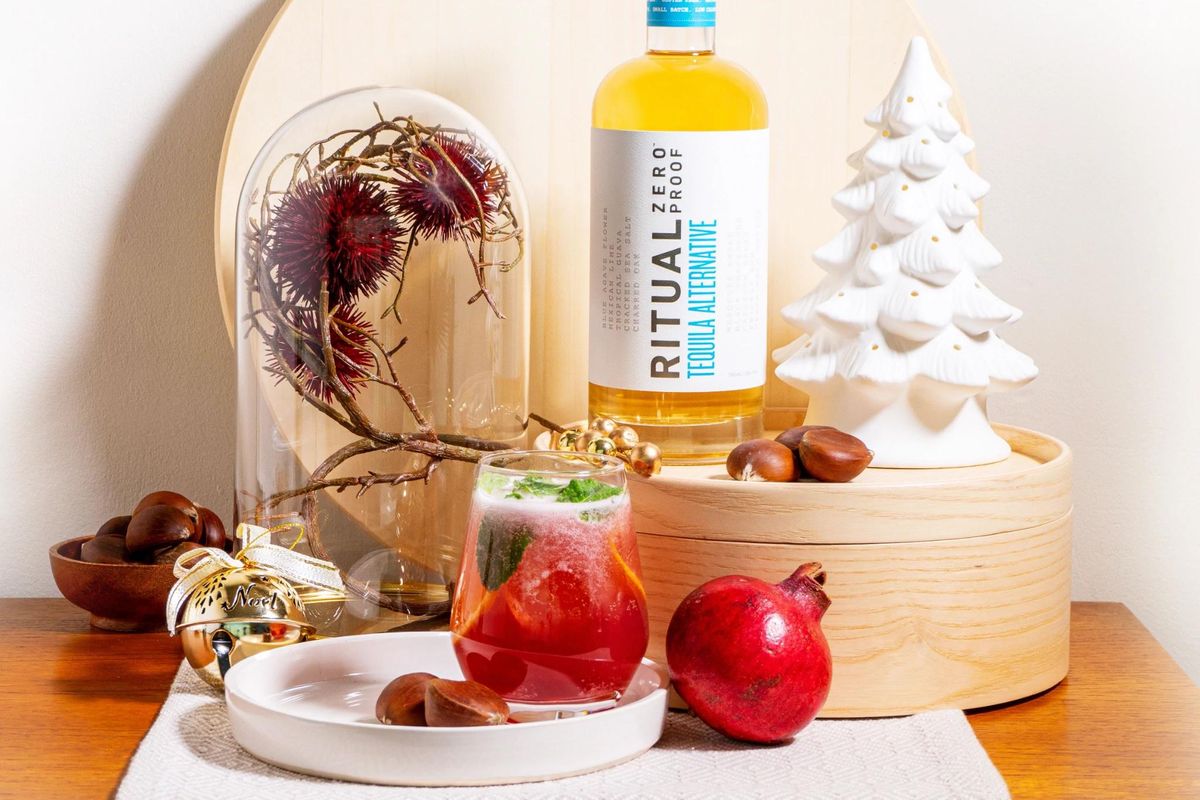 Zero proof. Zero calories. Zero regrets. Ritual Zero Proof blew the cork off the non-alcoholic spirit game with their whiskey, gin, tequila and rum alternatives. To the three best friends that began this company, non-alcoholic spirits weren’t intended to be an “or” but an “and” – an addition to their bar and an arsenal in their cocktail kit. Ritual Zero Proof makes alcohol alternatives so that people don’t have to sacrifice their night cap, their celebratory toast or their pitcher of margaritas on the beach. But how do they make it taste so… real? 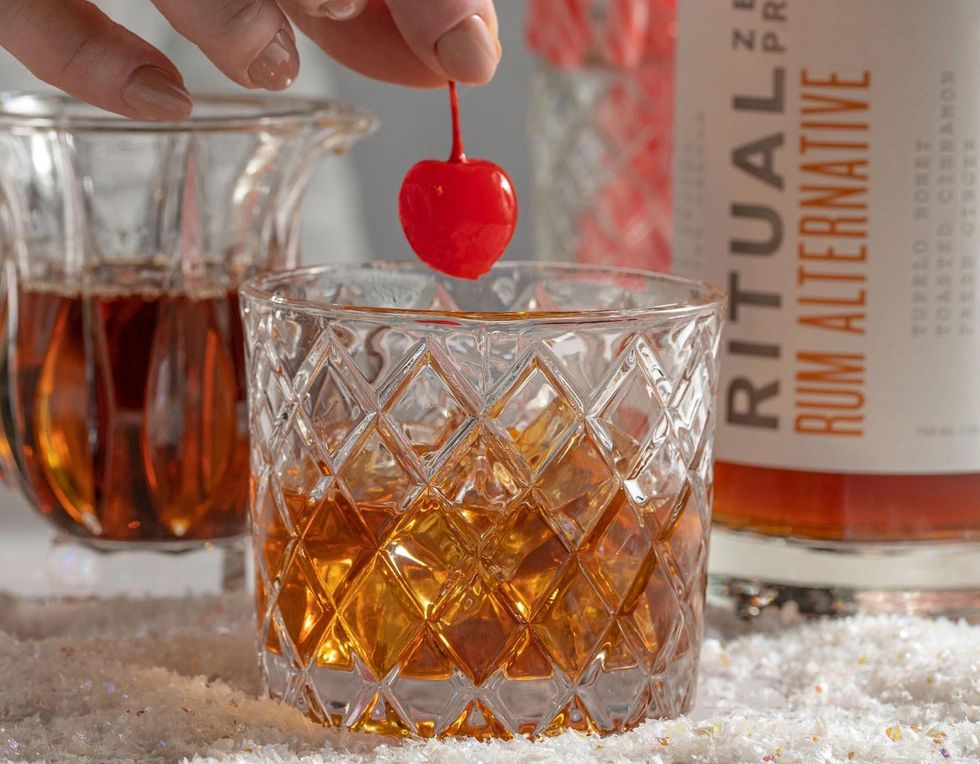 The *zero* proof is in the pudding. Unlike many non-alcoholic spirits that have a small percentage of alcohol in them, Ritual Zero Proof truly has 0% alcohol. The reason: they aren’t an “alcohol removed” spirit. Each bottle is crafted from the ground up and made with love.

It took GG, Marcus and David over 500 different recipes and a year before they were satisfied with their truly zero proof alcohol. The three are foodies who care deeply about what’s in their glass, and while they could do without their nightcap, they found that it was this ritual that was missed most.

So, they tasted Madagascar vanilla against Chinese vanilla. They extracted the essence of Mexican blue agave, American oak and Siberian pine to replicate the tastes of the spirits they love. It took a year and over 500 different recipes that were tasted by masterchefs and Chicago’s top bartenders before they had a spirit they were proud of.

Now, each of their batches are microfiltered and date-stamped to ensure freshness. By using botanicals and all natural ingredients (organic ones when possible), Ritual Zero ensures that their alcohol alternatives are worth making the switch for… and they even captured that classic alcohol “burn”. They blend complex botanicals that both rein in your taste buds and give them a little heat so that each bottle truly packs a punch.

They’re also gluten-free and don’t have any allergens (like tree nuts). The tequila and gin alternatives have 0 calories and their whisky and rum each have less 10. Because these spirits are traditionally more sweet, their Ritual Zero Proof alternatives use natural sugars to replicate the same tastes, with significantly less.

For many, making a drink is not about alcohol. It’s about the ritual behind it. Ritual Zero Proof is there for expecting women who want to have a pitcher of margaritas on the beach with their friends this summer. They’re for the person who’s training for a marathon and needs to get up a 4am for their run but still wants to come over for a nightcap. They’re for the couples that want to toast on their wedding night, but not get carried away. They’re for those trying to lose weight or those that want to see what a non-alcohol lifestyle could look like.

Because the truth it, they’re for almost everybody. Check them out today and see how much your ritual can change.