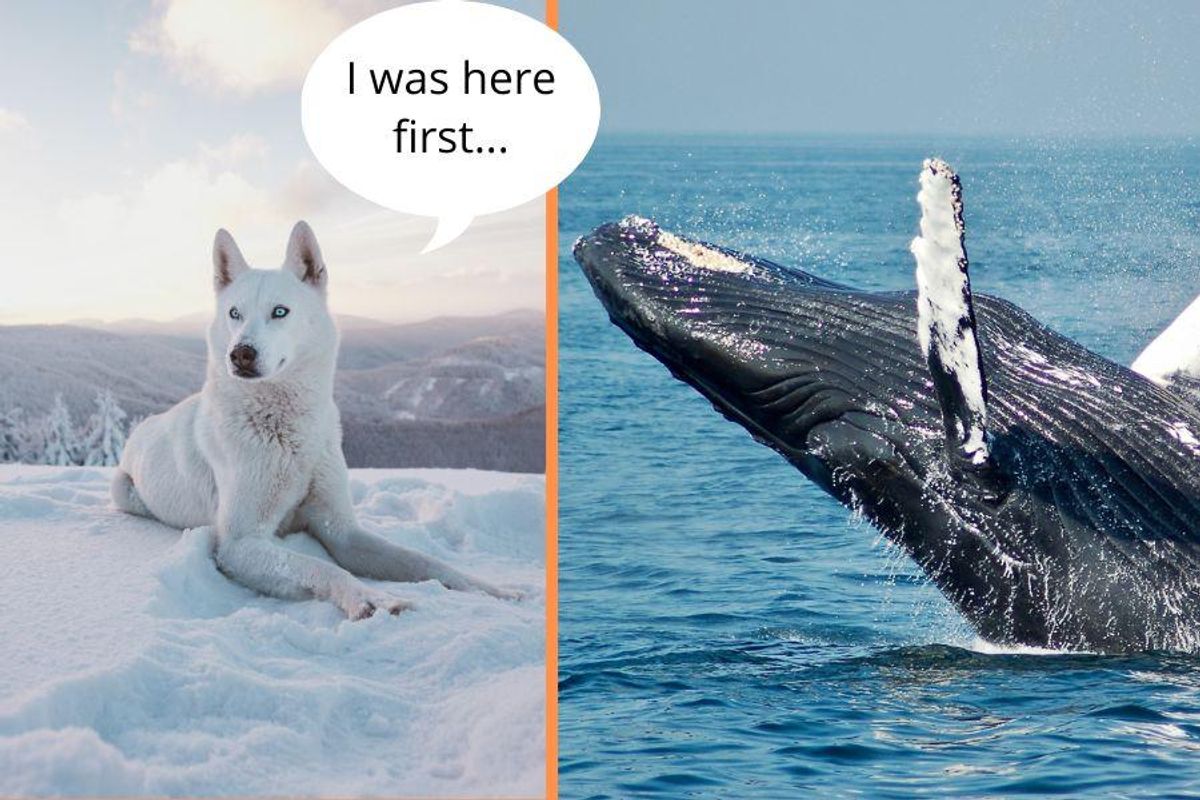 I think it’s pretty safe to say that when it comes to evolution, most people typically picture aquatic life forms sprouting legs then coming onto land … not the other way around.

Shockingly enough, a creature almost synonymous with the sea didn’t actually begin that way. And boy, is it a whale of a tale.

A mind-blowing video recently posted by PBS Eons reveals that whales were actually predatory land animals … the same ones that would later become wolves, specifically.

Yep, you read that right. Land animals. With arms and legs and everything.

To explain, we’ll need to go back 52 million years.

Before the warm and rainy Eocene epoch—the same time period that brought us the first horses and bats—whales looked more like the image below.

Something like a mix between a wolf and crocodile, if you ask me. Yes, animals did move from the sea to the land, bringing us the first mammals. But then, over time, some mammals were like, “nah, it’s that ocean life for me.” Including some of these fellas.

These creatures first went into the water during the Eocene time period and eventually traded in their arms to become “sleeker and more streamlined,” while still holding onto their teeth. 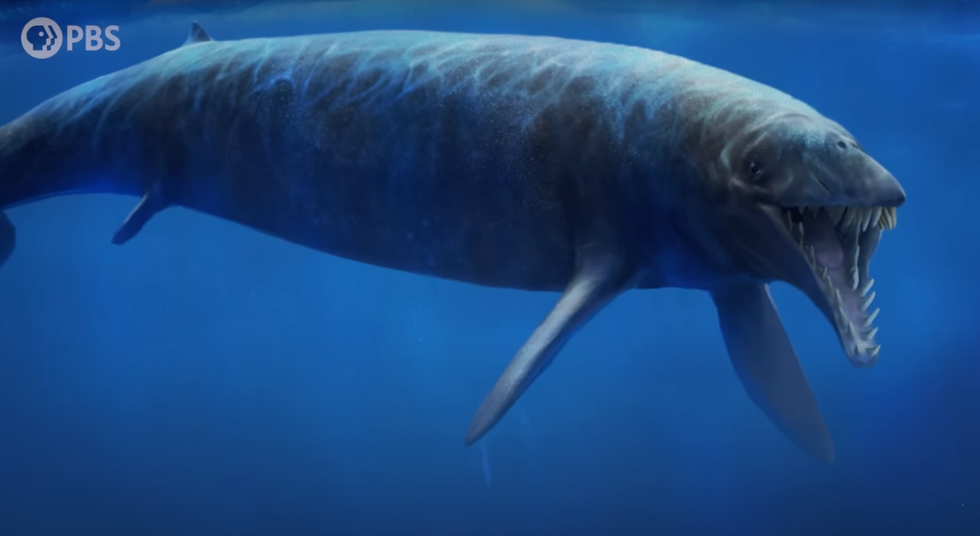 Cut to roughly 34-36 million years ago, and the species have diversified into the two major whale groups we see today: the Odontoceti (or “toothed whales”), which include sperm whales, orcas and dolphins, and the Mysticeti, better known as baleen whales … you know, those big guys with the filter-like “teeth” (aka baleen) that eat loads and loads of plankton?

The baleen whale’s evolution in particular has scientists a bit baffled, as there is no definitive evidence as to how, when or even why they began filter feeding in the first place. In fact, the first fossil of a mysticetes appeared around 36 million years ago, but baleen doesn’t show up until later, around 11 million years ago. Even the baleen’s oldest ancestor, the Mystacadon, according to the PBS video, showed no signs of baleen when researchers discovered it in 2019.

One theory: The cooled ocean current of the Oligocene epoch brought about an abundance of nutrients—specifically plankton—which made it more advantageous to bulk feed rather than hunt for single prey. This also helps explain the giant boom in different whale species.

Still, it’s all up for debate, and likely will be for a while since ancient baleen is hard to come by. Baleen, unlike teeth, is made of keratin, the same biodegradable substance hair and nails are made out of and, therefore, doesn’t fossilize well.

As the host cleverly quipped, “It’s basically like a big mustache inside the whale’s mouth.”

Bottom line: We know a lot about nature, but there is still so much to learn.

If you’d like to find out more—like how the Mystacadon ate its prey by doing a super weird thing called suction feeding—you can check out the full video here: