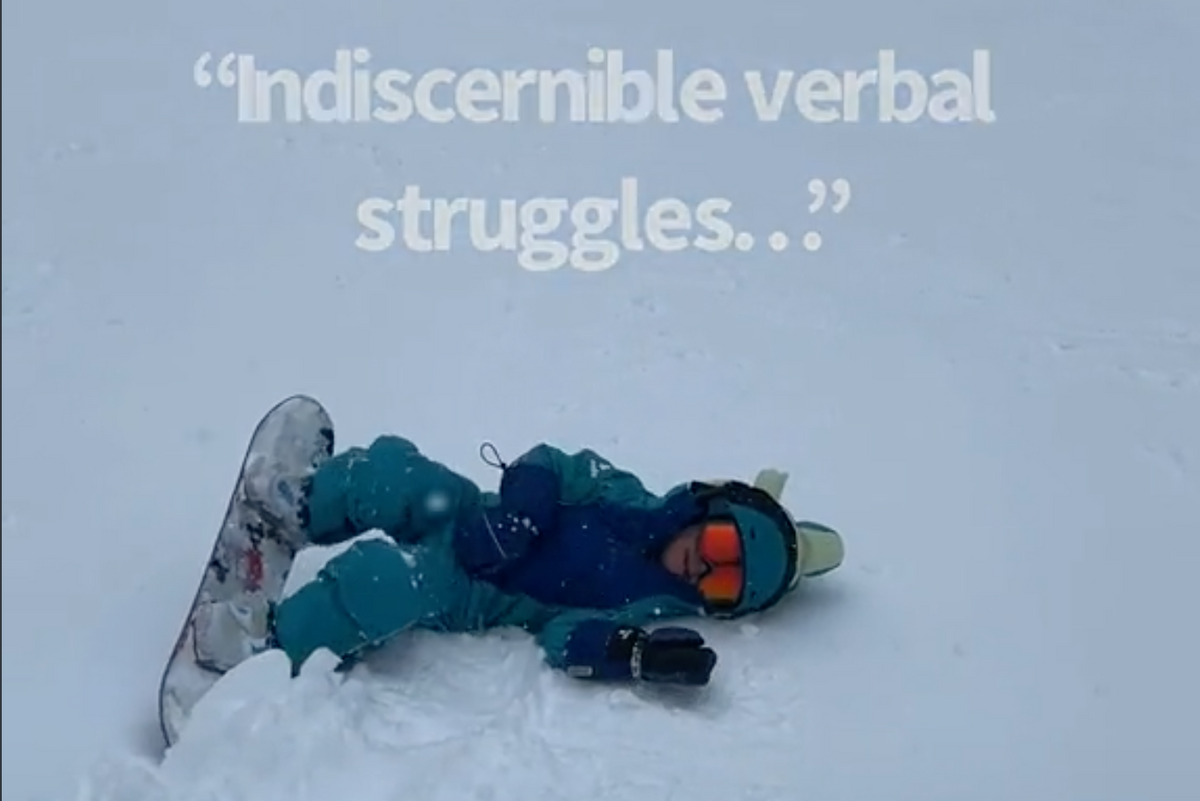 This article originally appeared on 02.11.22

A father-daughter snowboarding session takes the cuteness up a notch, thanks to dad’s brilliant idea to attach a mic to his 4-year-old. Sweetness ensued.

Sporting an adorable dinosaur onesie, the “powder-saurus” glides through their “secret path,” warning dad of intruders. Cause clearly, it’s THEIR secret path.

As she does, she sings her song of resilience and courage.

Truly powerful wisdom in such a tiny package.

One person astutely wrote in the comments, “this is the mantra we all need in 2022.” I mean … it’s accurate.

Another added, “this child gave a TED Talk about the power of positive self-talk.”

Indeed, “Shredder Dad” shares footage of our loveable snowboarding dinosaur making a few face plants, but she quickly bounces back. Nothing can stop her from her “weewhoos.” Nothing.

That is, until she becomes a “stuck-asaurus.” A truly relatable moment for all ages. Aren’t “indiscernible verbal struggles” part of the soundtrack of life? Still, she takes it all in hilarious stride, laughing all the way, and the positivity is heartwarming.

This video quickly put a smile on more than 6 million faces, and even got a comment from Walmart, which agreed that “we all fall sometimes.”

Turns out that there’s even more wholesome adventure content on the family’s TikTok. They even have a very thorough guide for teaching a toddler to snowboard here.

And by the way, yes, that dinosaur outfit does come in an adult size.

Next time you’re feeling down, just think of the powder-saurus song, and you’ll be back to “weewhoo” in no time.