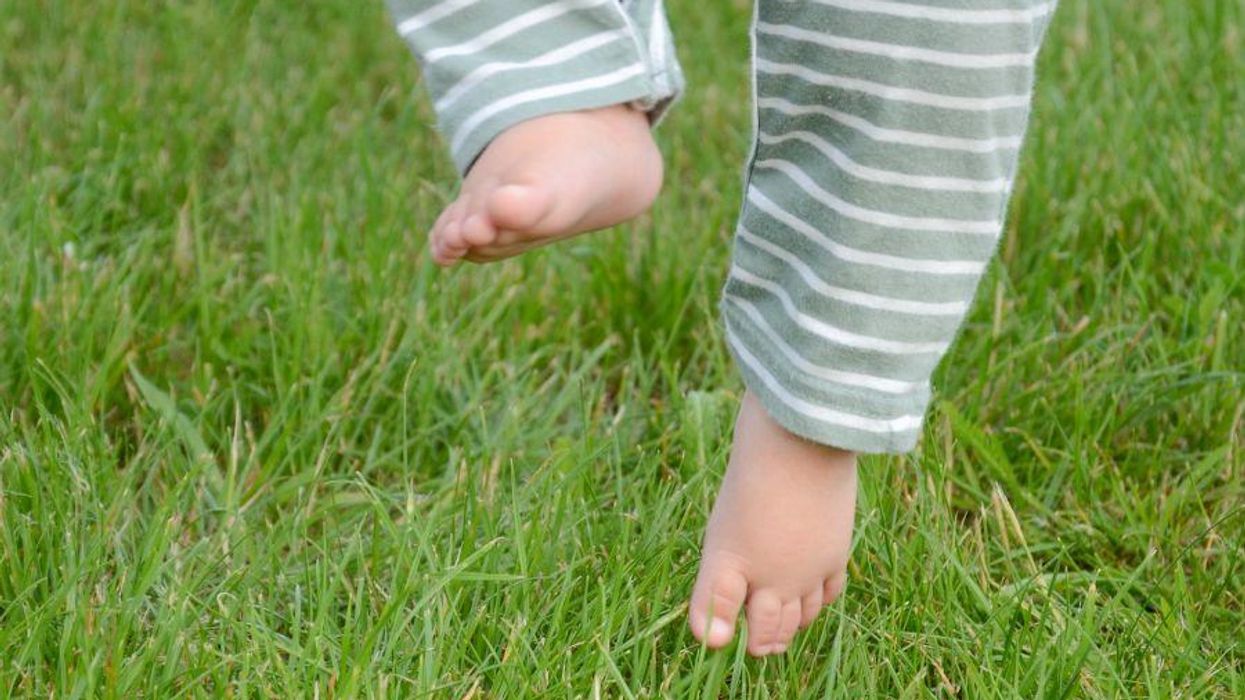 When you see a gymnast doing this, you know they’ve worked for years to train their muscles and perfect their gymnastics skills: 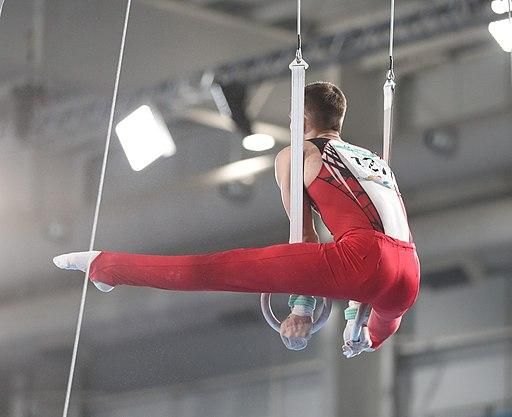 But when you see a baby hovering in the air, legs in splits, you know there’s probably a big ol’ patch of grass beneath them.

Grass?!? you may be thinking. Seriously? Aren’t babies, the purest among us—unspoiled by the trappings of modern life and technology—naturally drawn to the earth?

Apparently not if that earth is covered in grass, nope. For them, the lawn is lava.

Babies—or at least a good portion of babies—will do pretty much anything to not let any part of their bodies touch grass. Viral videos have demonstrated this fact, with parents holding their wee ones over a patch of lawn and lowering them toward the ground.

The way these tiny tots will twist themselves into gymnast-like positions to keep some daylight between them and the lawn is both impressive and hilarious. Watch:

u201cBabies instinctually avoid grass. Do they know something we donu2019tud83euddd0u201d

You would think these parents were holding their kids above a pot of boiling oil, not the cool, refreshing grass. So what’s happening here? Why are these babies so averse to touching grass?

According to neuropsychologist Dr. Sanam Hafeez, it could be an issue of sensory overload.

“Some babies lift their feet out in the air when a parent attempts to put them down on the grass because as a baby’s nervous system develops, sights, sensations, and sounds are intense,” Hafeez told Romper. “The ticklish, sharp blades of grass can catch a baby off guard, and some babies are often scared of it, as they are used to softer, more comfortable surfaces such as wood, tile, or carpet.”

“The prickly texture and feel of grass is far different than softer and more comfortable feeling of carpet, tile, and wood surfaces on their feet, hands, and body, so babies are often scared of it.” Grass can also be itchy and cause rashes, she said, which can make babies more averse to it.

Another explanation may be more innate and evolutionary. In a 2014 study published in Cognition, researchers reported evidence that “human infants possess strategies that would serve to protect them from dangers posed by plants.”

According to another study published in 2019, there may be something to that distrust idea. Researchers found that babies between 8 and 18 months old “exhibited more social looking toward adults when confronted with plants compared to other object types.” The study authors pointed out that learning about which plants are beneficial and which ones are harmful is something humans can’t do alone, and noted that infants tended to look to older adults for social cues about plants they encounter before touching them.

“This social looking strategy puts infants in the best position to glean information from others before making contact with potentially dangerous plants,” researchers wrote.

Whatever the reason, watching babies blatantly reject the “touch grass” advice the rest of us keep getting is hilarious. Who says the grown-ups know best? Trust your instincts and do you, babes.