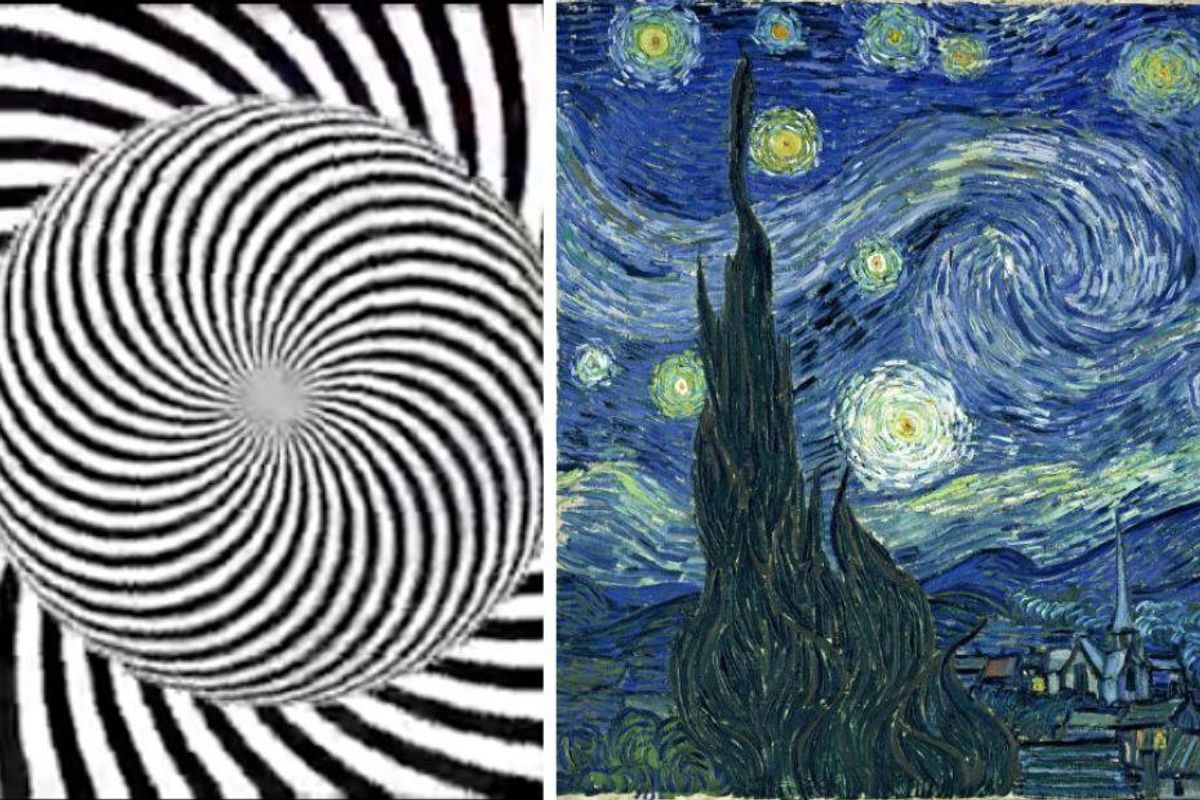 Vincent Van Gogh‘s “The Starry Night” is one of the most recognizable and beloved paintings in the world. It was completed in 1889 and has been part of the permanent collection of the Museum of Modern Art in New York City since 1941. It is not up for sale, but if it were to go to auction there is a chance it could fetch as much as billion dollars.

Such a priceless work of art is perhaps a strange object for a parlor trick, but trust me when I tell you this one is worth it.

Whether they are oases in the desert created by heat shimmer, an elephant with an indeterminate number of legs or straight lines that look crooked, optical illusions can throw our brains for a loop. They can also be super fun, and an optical illusion that makes the “Starry Night” painting turn into a moving picture is most definitely fun.

The illusion, shared by Alex Verbeek on Twitter, involves two steps. First, you stare at the center of a spinning spiral image for 20 seconds, then you look at the painting. Staring at the spinning spiral isn’t as easy as it sounds—it makes your eyes buggy and your brain hurt a little—but even if you don’t do the full 20 seconds, you can probably get the effect.

Aim for staring at the center of the spiral for at least 10 seconds, then watch “The Starry Night” come to life before your eyes. (You have to click “play” first, by the way. The spirals need to be swirling.)

u201cud83cudfa8 nnThe best way to see Van Gogh’s “Starry Night” is to stare at the center of the spiral for 20 seconds and then look at the painting.nnRT when it works for you. nnhttps://t.co/SsEN8K0nSfu201d

Want a larger version of the painting to try it out on? Here you go: 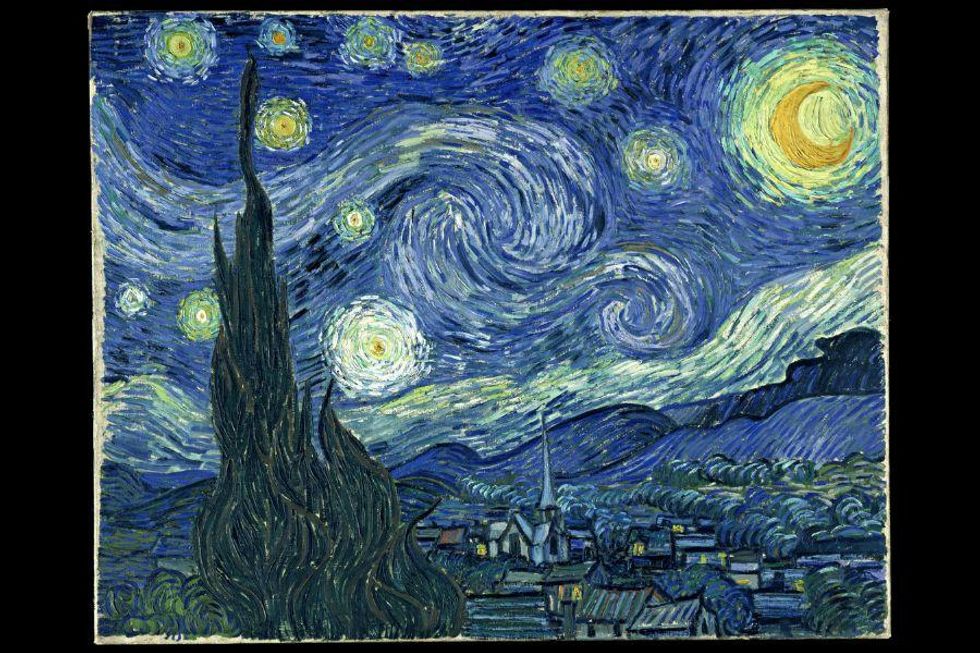 The effect doesn’t last long, but phew. Our brains are so bizarre.

According to a 2009 study by Japanese researchers, motion in optical illusions is still processed in the brain the same way real motion is. So don’t be surprised if the moving painting makes you feel a bit woozy, if you’re prone to motion sickness.

It’s hard to believe that Van Gogh’s “Starry Night” could be improved upon, but here we are. Definitely a “moving” experience to share with your friends.