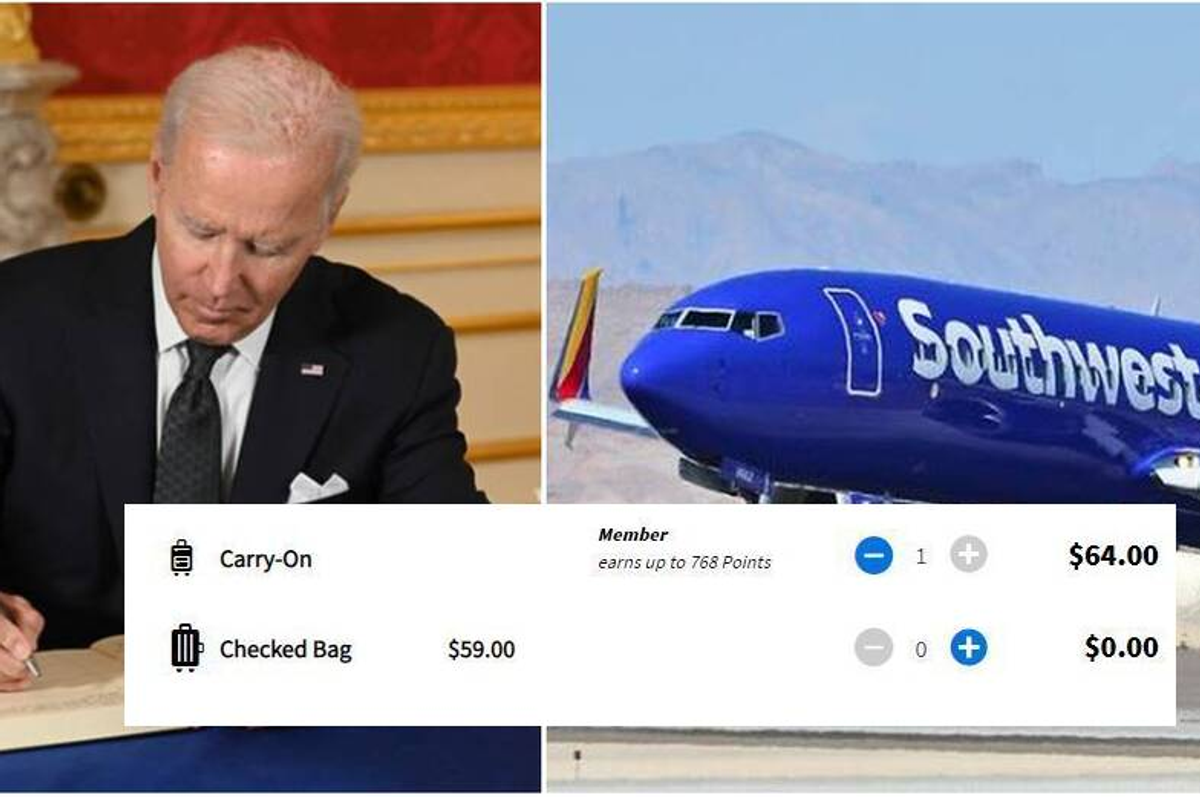 Have you ever seen a fantastic deal on an airplane ticket but as you are checking out you realize there are fees for just about everything? Your $99 airfare balloons up to $250 after you add baggage fees, carry-on charges, seat selection and insurance. Some airlines even charge an additional fee for unaccompanied minors.

Pretty soon, what seemed like a good deal on a cheap carrier costs more than if you bought a ticket on a full-service airline.

The Biden administration is announcing new rules that will make airline ticket fees more transparent to consumers. Under the proposed new rule, the first time your fee is displayed, travel websites will have to disclose any fees for baggage, cancellations or to sit with your child.

“Airline passengers deserve to know the full, true cost of their flights before they buy a ticket,” U.S. Transportation Secretary Pete Buttigieg said in a statement. “This new proposed rule would require airlines to be transparent with customers about the fees they charge, which will help travelers make informed decisions and save money.”

After the changes take effect, it’ll be much easier for travelers to find the best deal without being suckered into paying more in hidden fees.

The new proposal is an initiative from the White House Competition Council, which the Biden administration established to find cost-saving measures to help consumers as well as boost competition across the economy.

The administration says that in over 75% of industries a smaller number of large companies now control more of the business than they did 20 years ago. The administration believes that this lack of competition drives up prices for consumers and drives down wages for workers.

“Healthy competition is a hallmark of healthy capitalism because when there’s more competition, consumers end with lower prices and more options and workers get higher wages,” White House National Economic Council Director Brian Deese said according to The Hill.

Some economists also argue that when only a small number of companies are in an industry it also works to kill innovation.

u201cNo one likes surprise fees. That’s why today we’re proposing a new rule to ensure that airlines and travel companies provide you with more info up front, before you purchase your ticket. https://t.co/JXeDugscpZu201d

The new rule should make it easier for people to figure out the best deal for airfare. But it also encourages healthy, transparent business practices in which consumers aren’t getting duped into paying extra for a flight. Airlines whose business models are based around tricky, misleading tactics to get people to overpay for a flight, are essentially profiting off being dishonest.

We’d all rather live in a world where we choose who we fly with based on price, customer service and comfort rather than falling for a bait and switch. In this new business model, airlines that provide excellent service and value will do a lot better than those whose business models are all about deception. This will reward the airlines that treat customers best instead of putting them in a position to lose out to those that don’t play fair.