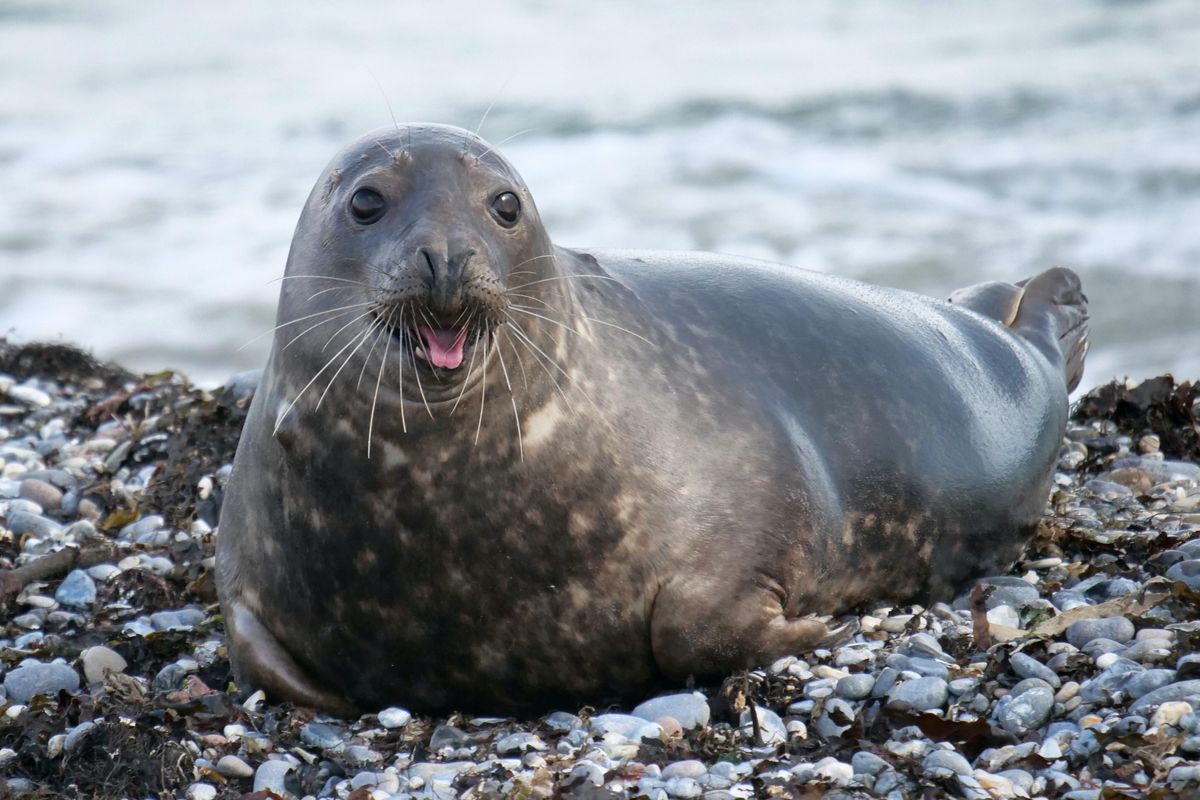 Animals can be just as cheeky as toddlers and their cheeky actions usually result in unexpected sass and raised eyebrows. A town in Massachusetts became the temporary home to a grey seal that the citizens nicknamed “Shoebert” after he was found in Shoe Pond in Beverly. If you’re wondering how a seal wound up in the pond, you’re not the only one. No one knows exactly how the savvy seal made his way to the pond but he hung out there for a few days somehow evading efforts to catch him so he could be relocated.

Seals don’t really belong in freshwater and the little guy had been out of the ocean long enough as it was. But to everyone’s surprise, Shoebert was ready to go back to the type of water he belongs in so he turned to the people you call when you’re in trouble: the police. The seal flopped and waddled his way to the Beverly Police Department before changing his mind once he saw the fuzz. When the 4-year-old seal was spotted by a police officer, he turned around and attempted to run away for a second time, quickly scooting and hopping on his flippers.

The sight of Shoebert realizing the police were onto him was quite hilarious. You’d think the seal had a warrant out for his arrest, but where would they put the handcuffs? Thankfully, the seal was caught after the officer called for backup. It took lots of teamwork from the Beverly Police Department, Fire Department, Animal Control, NOAA and International Fund for Animal Welfare, but eventually they got Shoebert safely relocated. Check out the video below.