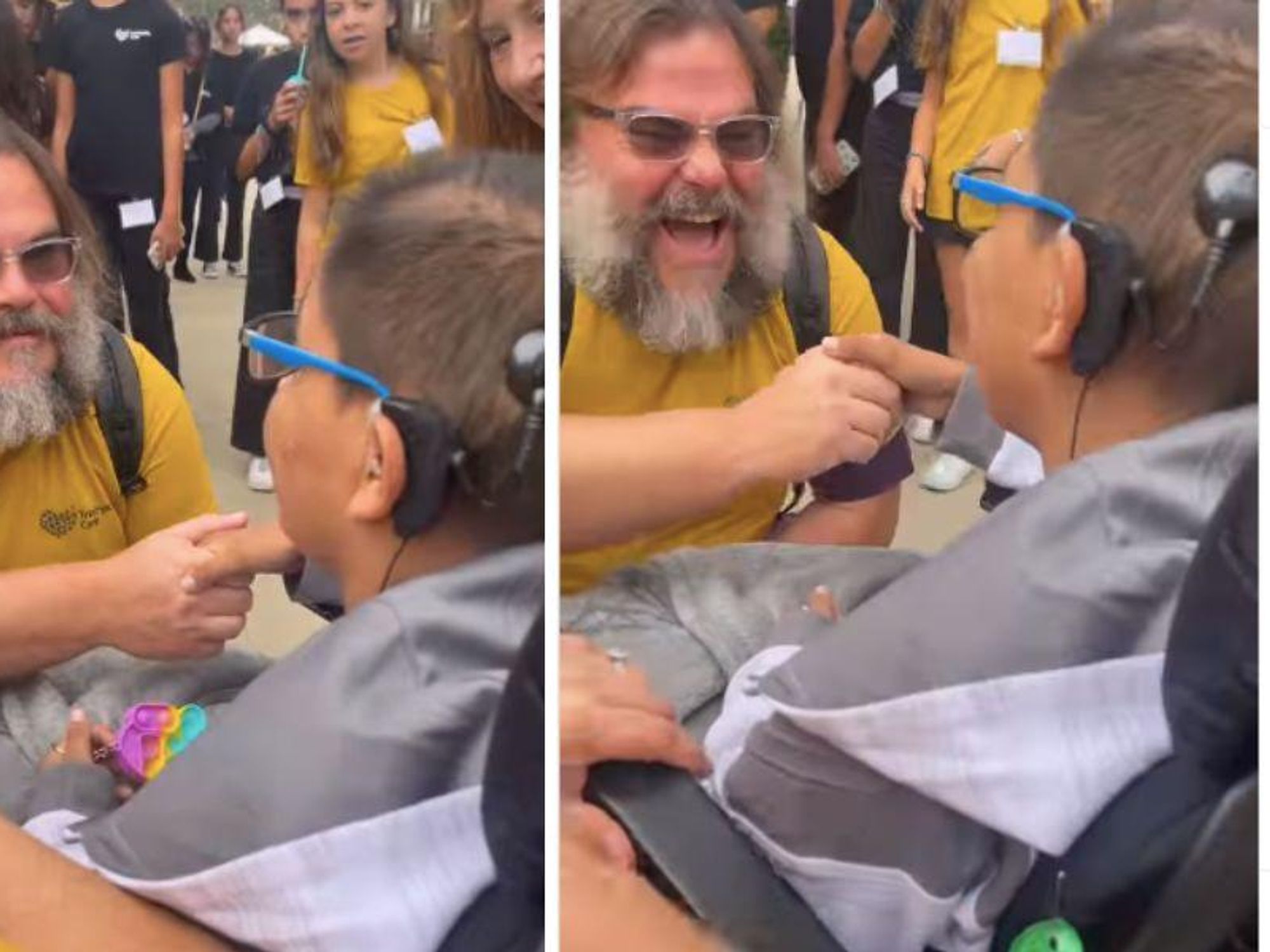 On screen, Jack Black is known for his comedic antics, versatile acting career and musical talents. Off screen, he appears to be a walking whirlwind of endlessly entertaining and loveable energy. (Did you see his quarantine dance? Epic.)

And as it turns out, he’s also a darn good human being.

Black hosts the Layla Paige and Friends Walk for TrinityKids Care, which raises funds for a hospice program that provides compassionate end-of-life care to children and adolescents in Los Angeles and Orange counties in Southern California. This year’s event was held on October 8, and a video from a family who met Black there is a sweet example of how celebrities can truly make a difference.

Abraham is a 15-year-old with a rare mitochondrial disease called Pearson syndrome, who has been in palliative care with TrinityKids Care for the past year. Abraham’s mother, Veronica, told Upworthy that Abraham’s nurse knew of his love for the movie “School of Rock,” so she arranged for him to meet Black, who starred in the movie, at the event.

As they were introduced by the nurse, Black took Abraham’s hand and then knelt down to his level. Abraham told him that he was a “School of Rock” fan. When prompted about a song from the film, Abraham sang a bit. Then Black busted out a mini serenade of “In the End of Time.”

You can see the joy in Abraham’s face as Black sang to him, and the enthusiasm with which he responded.

“It’s almost been a week since the meet and Abraham is still talking about how he got to meet Jack,” says Veronica.

People are loving the interaction, as shown by the comments on the video:

“Jack Black has a kindness to him that you can hear in his voice. It’s always easy to forget that it doesn’t take much to do a kind deed, and being kind to others makes you happier, so it’s a win-win.”

“I don’t want to trust any celebrity but I trust Jack Black with my life.”

Black has long been a supporter of the United Mitochondrial Disease Foundation, which funds research and supports patients and families affected by mitochondrial disease. Learn more about their work here.