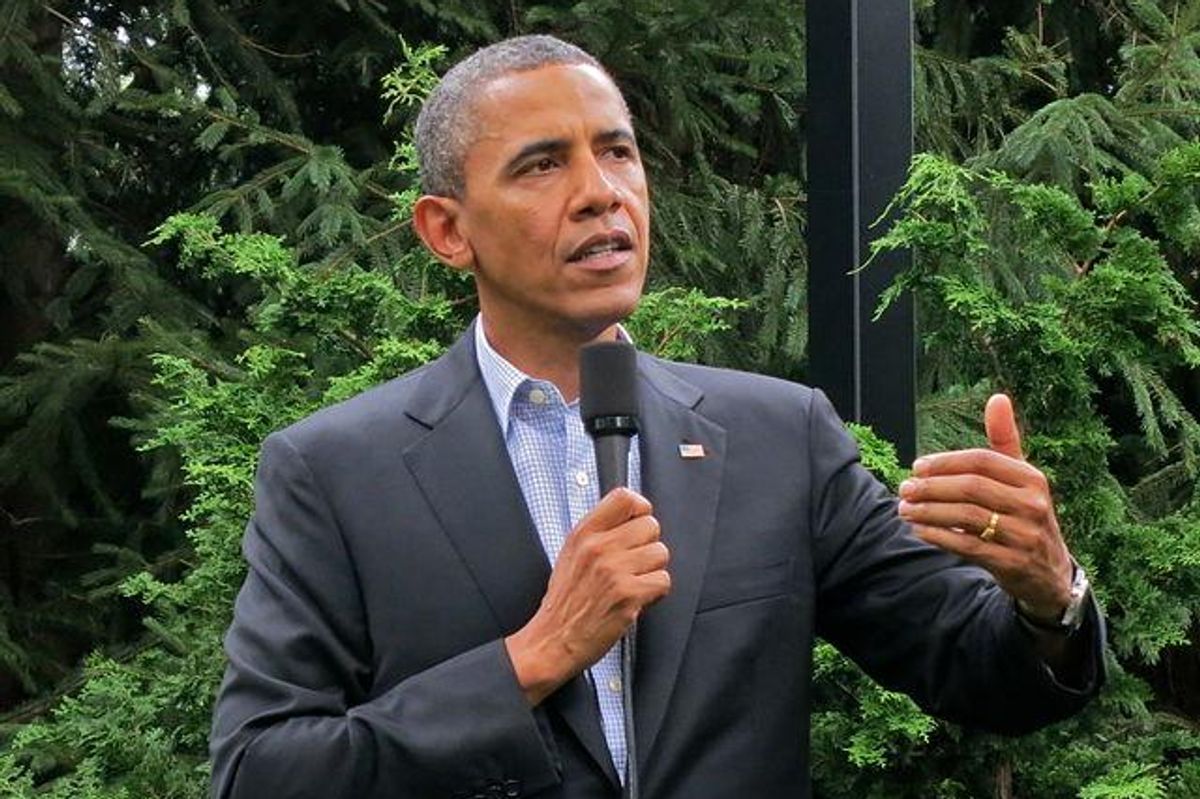 Former president Barack Obama reminded everyone of his off-the-cuff sense of humor at a campaign rally for Democratic voters in Detroit on Saturday, October 29. Nearly six years after leaving the White House, the 61-year-old lamented that it was more challenging for him to be out on the campaign trail than it used to be.

“I have to admit that sometimes going out on the campaign trail feels a little harder than it used to,” the 44th president said to the crowd. “Not just because I’m older and grayer…”

A woman behind Obama responded by screaming that he’s still “finer than a mug,” using what sounds like a euphemism for a much stronger phrase. Although, she may have used the whole term. The funny thing is that after she made the bold proclamation, she had no interest in backing down. She stayed strong, nodding affirmatively and twirling her finger in the air as Obama laughed on the stage.

The moment was a refreshing flashback for many who cherish the years when the young, charismatic politician was in office.

The audience and Obama thought the outburst was funny. “She said I was still fine,” Obama told the crowd with a grin. “I’m not gonna tell Michelle you said that, although Michelle does agree. She knows,” he said.

Obama’s appearance was part of a five-state tour to support Democrats in the midterm elections. The elections are an uphill battle for Democrats who face the headwinds of inflation, economic uncertainty and history. In modern elections, the president’s party has traditionally lost seats in Congress in the midterms.