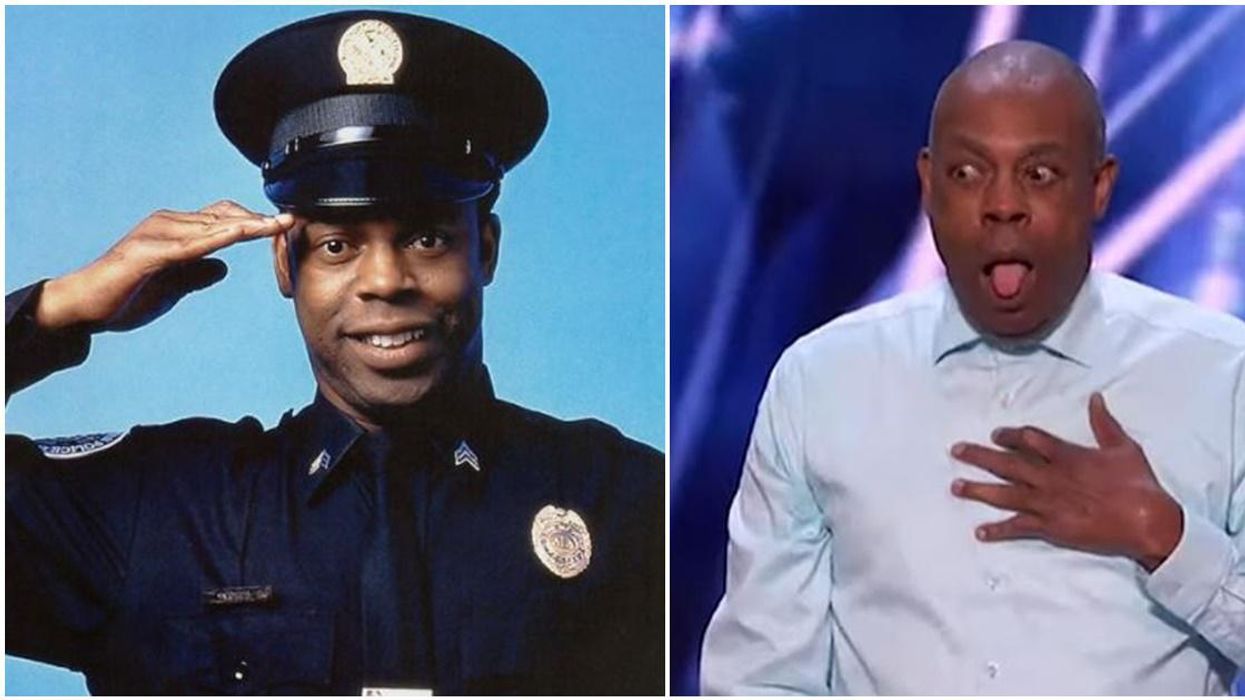 This article originally appeared on 07.14.21

Actor, comedian, and self-proclaimed “voicetramentalist,” Michael Winslow was just about everywhere in the ’80s. His incredible ability to make sound effects with his voice and uncanny beatboxing skills landed him the role of officer Larvell Jones in all seven “Police Academy” movies.

He also did voiceover work in “Gremlins” and appeared in Mel Brooks’ “Spaceballs.”

But Winslow was forced to scale back his career in 1993 after the death of his first wife Belinda Church. As a single father, he had to stop appearing in films so he could spend more time with his children.

He continued to star in the occasional commercial, perform stand-up comedy, and make guest appearances, but he didn’t have the profile he once had.

On Tuesday, Winslow stepped back in the spotlight with a performance on “America’s Got Talent.” After some prodding from his son, he decided it would be the perfect venue to relaunch his career on television.

In the ’80s, he was known as “The Man of 10,000 Sound Effects,” but things have changed since then, he now claims to have “hundreds of thousands.”

“Now, after raising my two kids, I’m in a different phase. I think this is my time,” Winslow, 62, said on Tuesday’s episode. “And America’s Got Talent is the place for me to show the world I still have something to offer, I still have some sounds to make. There’s still room for a little more.”

Judge Simon Cowell was excited to see Winslow when he took the stage. “We know you!” Cowell exclaimed. “I cannot tell you how thrilled I am that you are here!”

Winslow then gave a stunning performance where he impersonated the chimes on an airplane, beatboxed to Queen’s “Another One Bites the Dust,” and performed Jimi Hendrix’s version of “The Star Spangled Banner.” His performance was proof that after five decades in show business Winslow hasn’t lost a step and, in fact, he may be at his peak.

After his performance, Winslow won a standing ovation from the audience and four “gigantic yeses” from the panel.

“My life has changed again for the better, and I’ve gotten another blessing,” Winslow told Terry Crews after leaving the stage. America’s Got Talent is the place for me to show I still have something to offer. I’ve still got some sounds to make, and there’s still room for a little more.”

Winslow is a great reminder that sometimes when celebrities seem to fade away, it isn’t necessarily because they’re washed up or past their prime. They are humans with real challenges just like the rest of us and real-world events can affect their career trajectories. It’s great to see such a wonderful performer get another shot at the big time.