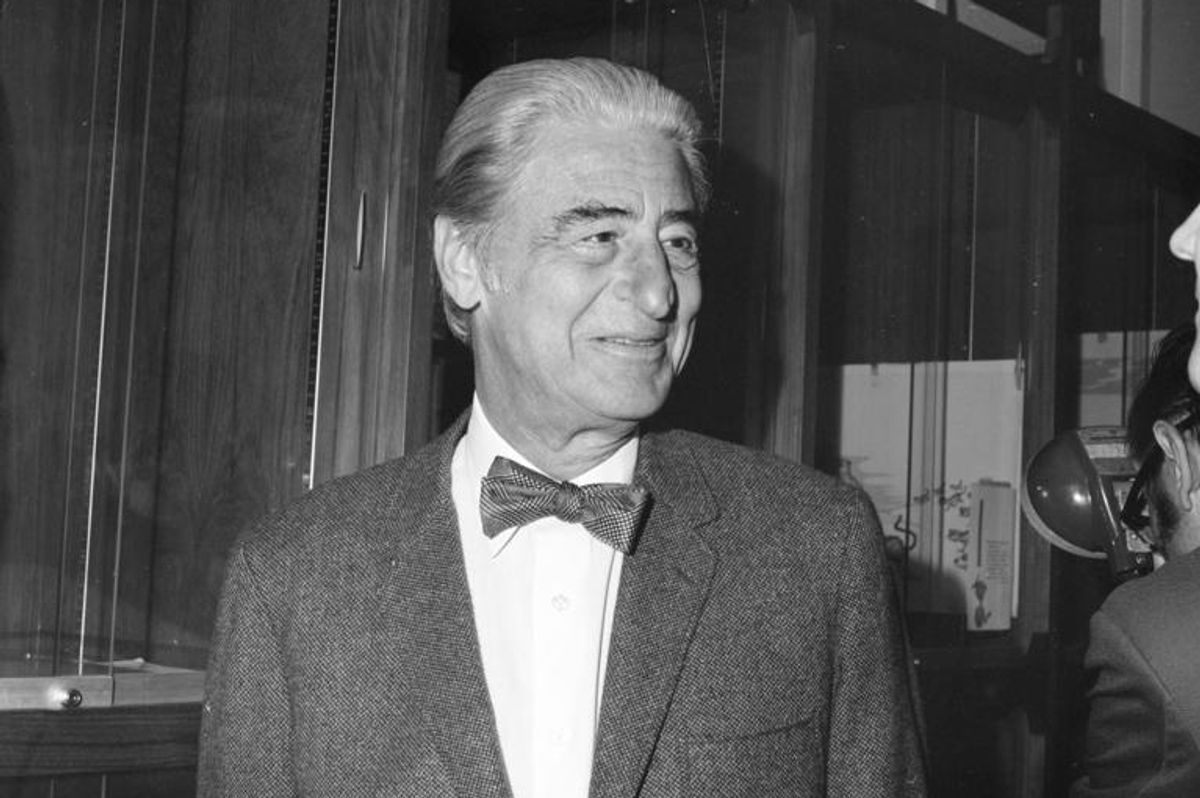 Did you know that in addition to being a beloved author of children’s books, Dr. Seuss wrote more than 400 political cartoons during World War II?

Theodor Seuss Geisel, better known as Dr. Seuss, gifted the world with stories like “The Cat in the Hat,” “The Lorax,” “Green Eggs and Ham,” and dozens of other childhood classics until his death in 1991.

In recent years, however, it’s some of his lesser known works from the 1940s that have gained attention.

As World War II was slowly moving toward a reality, Seuss began penning cartoons for PM, a liberal publication, frequently pushing back against the “America First” mentality of U.S. isolationists opposed to U.S. involvement in the war.

So when candidate Donald Trump adopted “Make America Great Again” as his campaign slogan, echoing cries of “America First” — the rallying call for an anti-Semitic and Nazi-appeasing segment of the wartime U.S. population — some of Seuss’ cartoons began to find new relevance more than 70 years after first being published.

Like this one, which depicts a mother reading a book titled “Adolf the Wolf” to children while wearing an “America First” shirt, explaining that because the wolf’s victims were foreign children, it didn’t really matter that the wolf ate them — a clear parallel to the conflicting approaches to our modern refugee crisis. 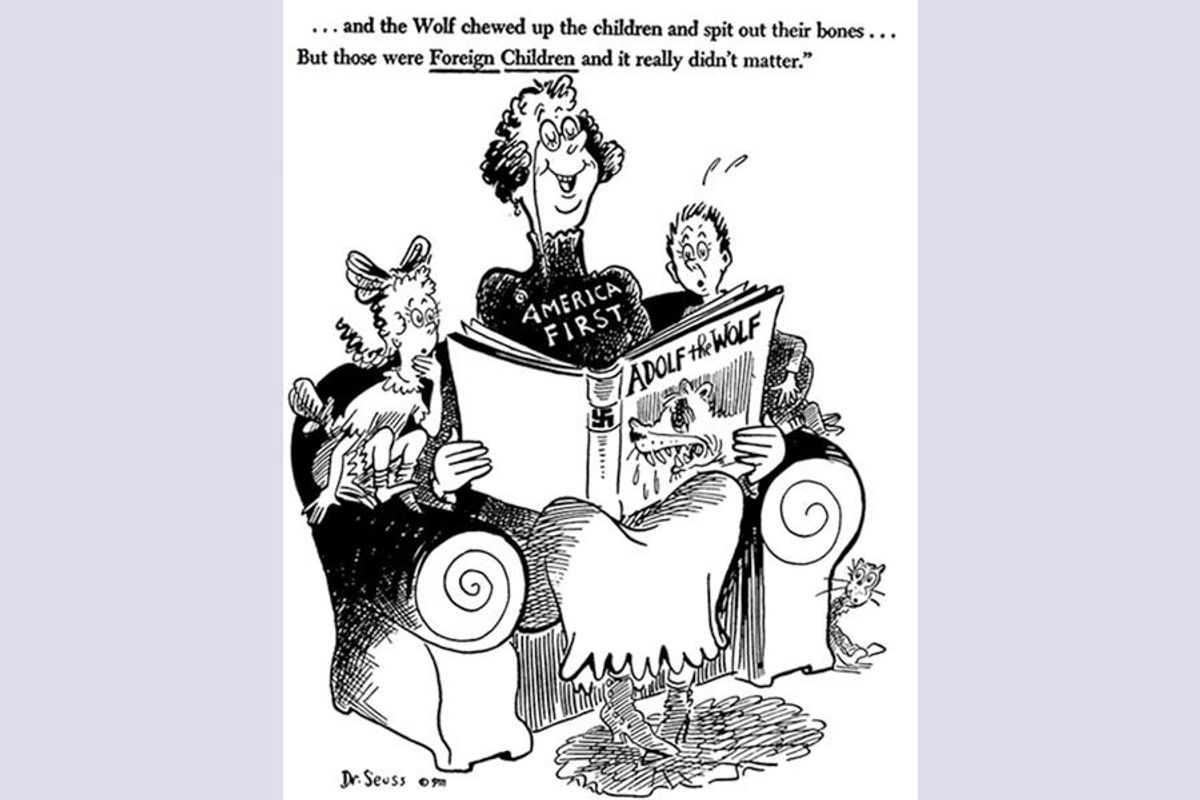 “And the Wolf chewed up the children and spit out their bones … but those were Foreign Children and it really didn’t matter.” 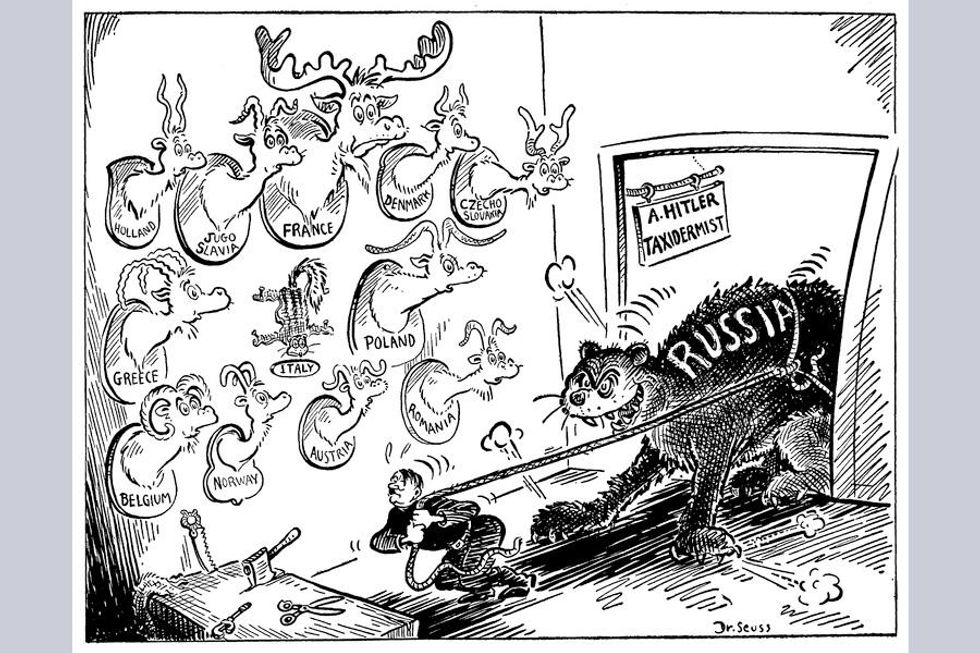 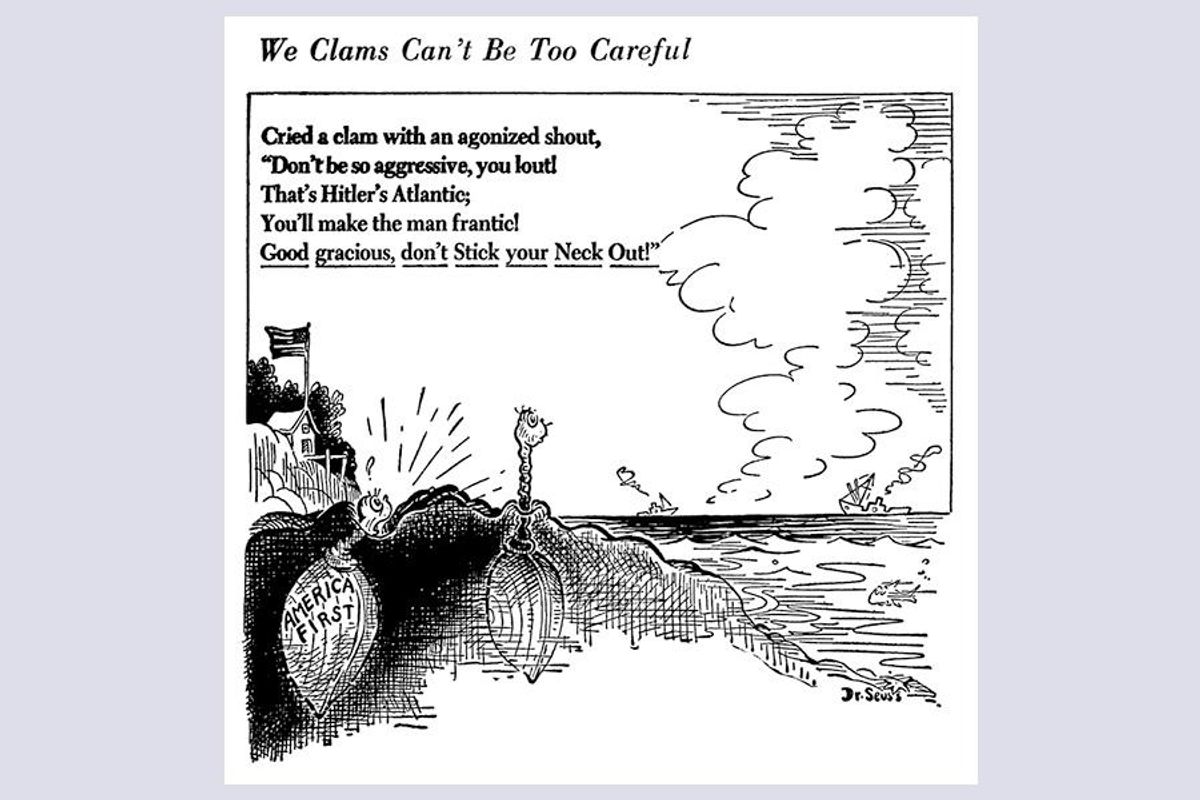 “We Clams Can’t Be Too Careful.” 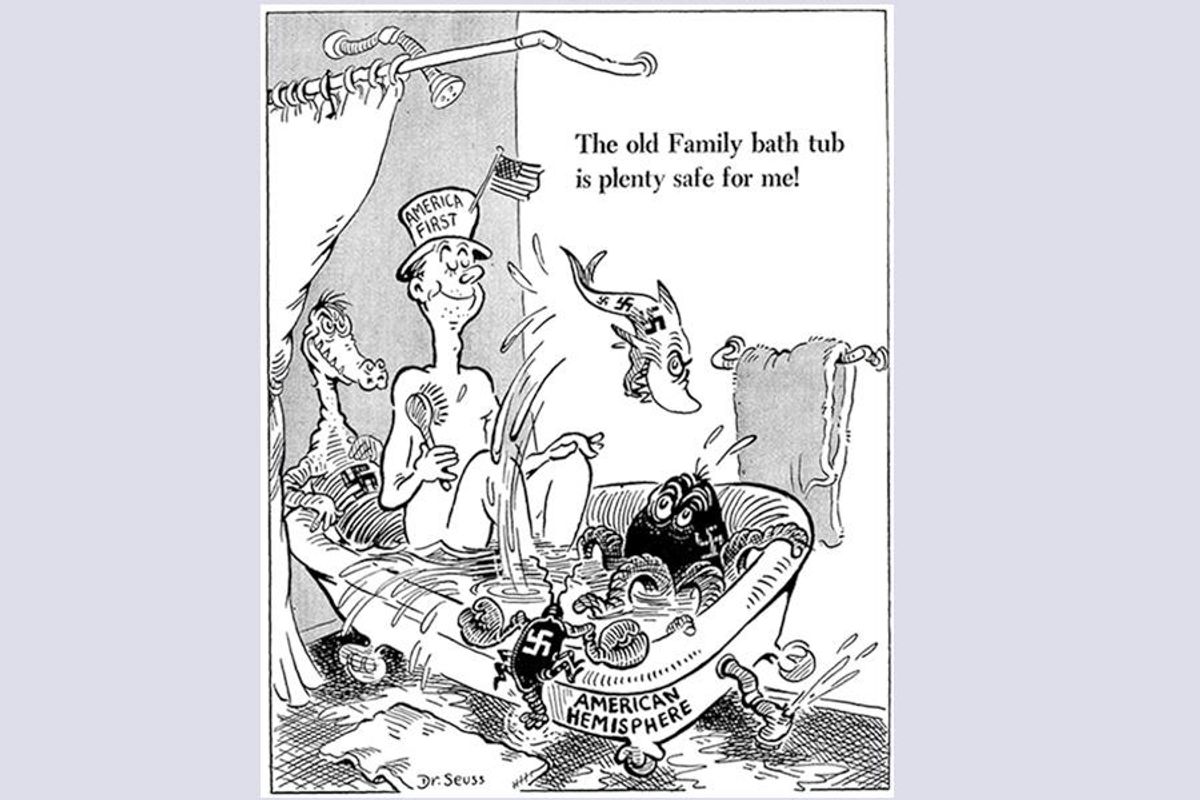 “The old Family bath tub is plenty safe for me!”

To be sure, the comics were far from perfect and reflected some ugly stereotypes of their own. For instance, many of his cartoons amplified some pretty awful impressions of Japanese citizens and Japanese-Americans. And while it’s easy to chalk that up as being simply an element of the time, that type of anti-Japanese sentiment helped fuel the racism and paranoia that eventually led to Japanese internment. 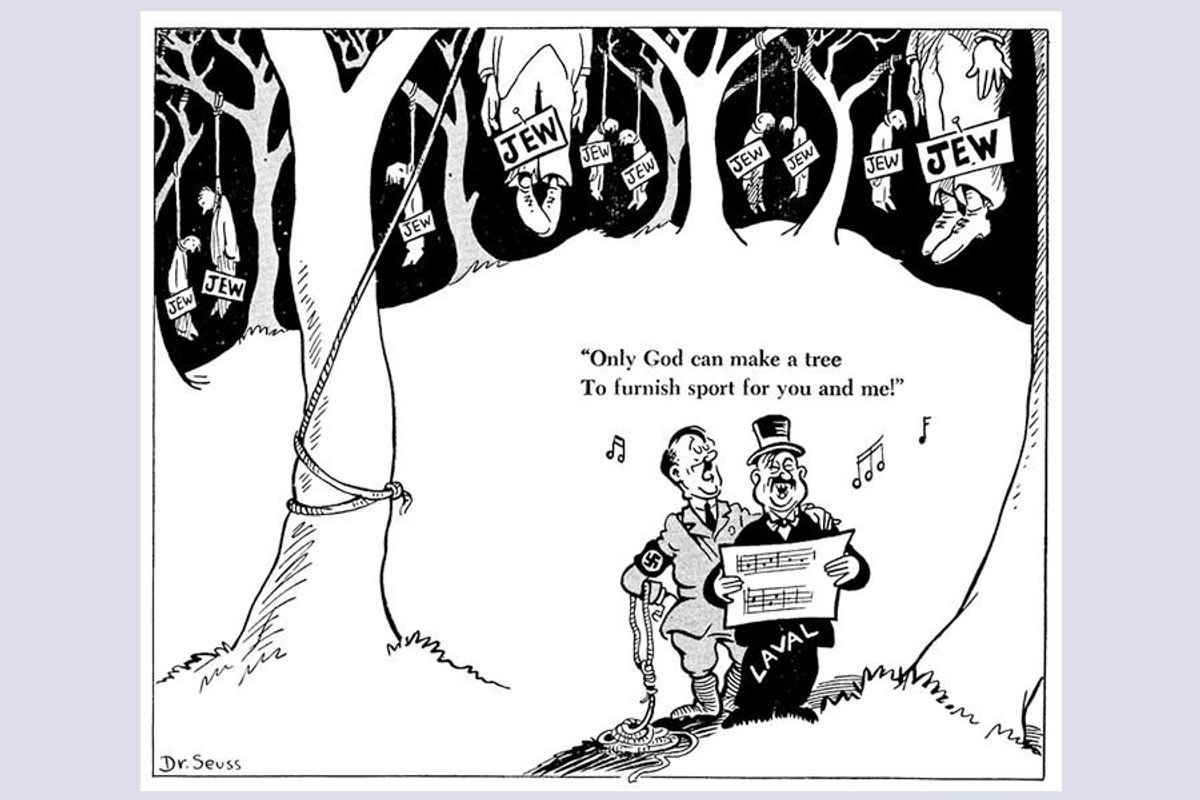 “Only God can make a tree to furnish sport for you and me!” 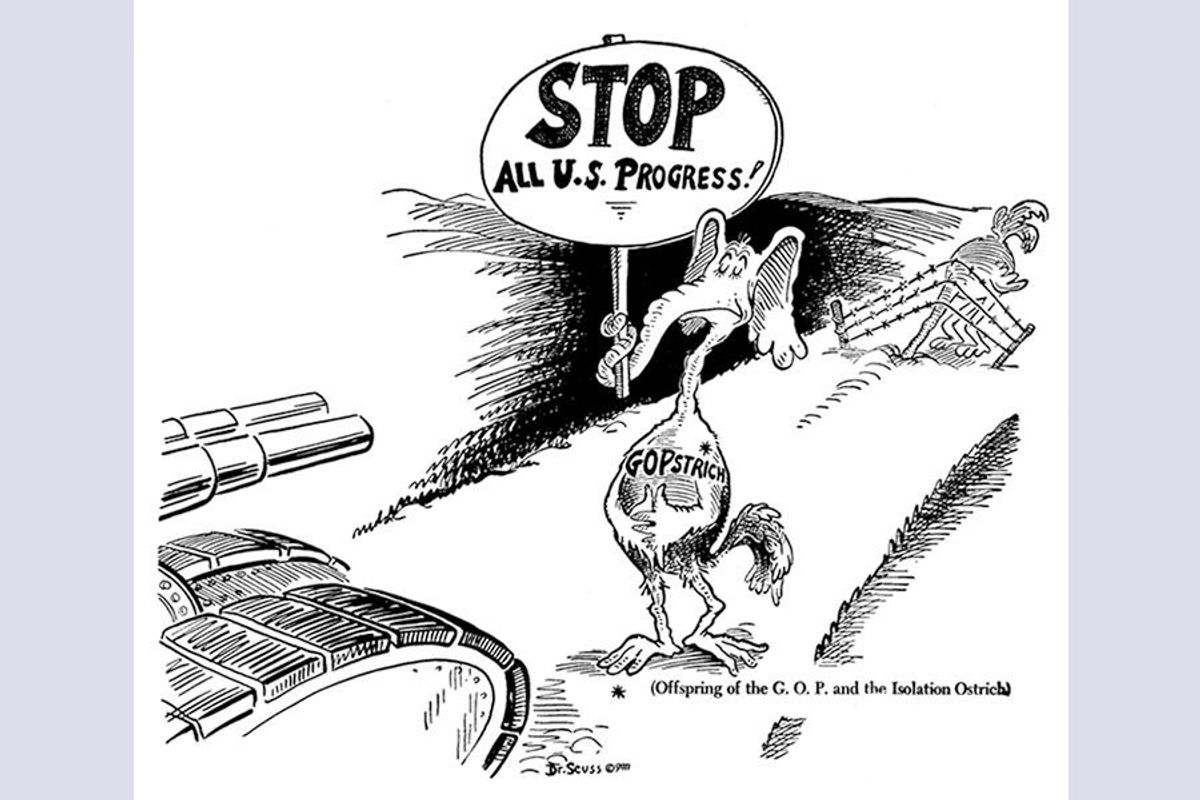 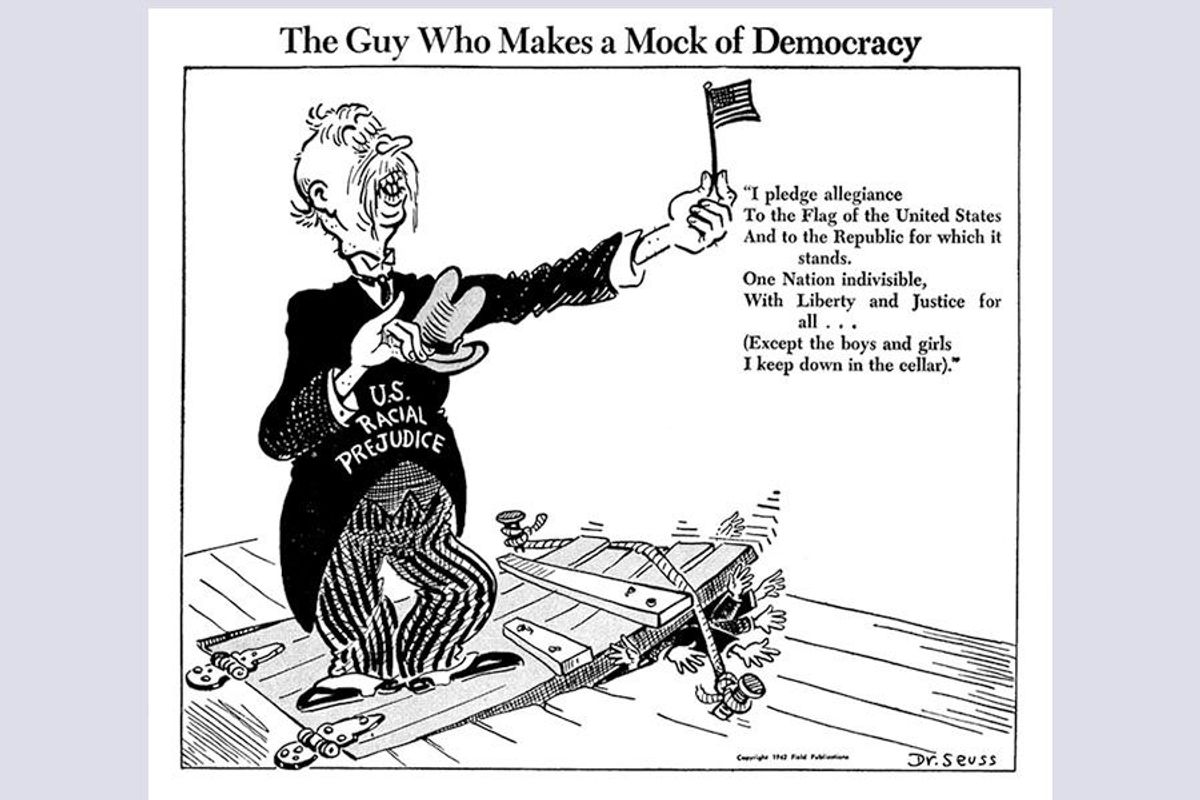 “The Guy Who Makes a Mock of Democracy.” 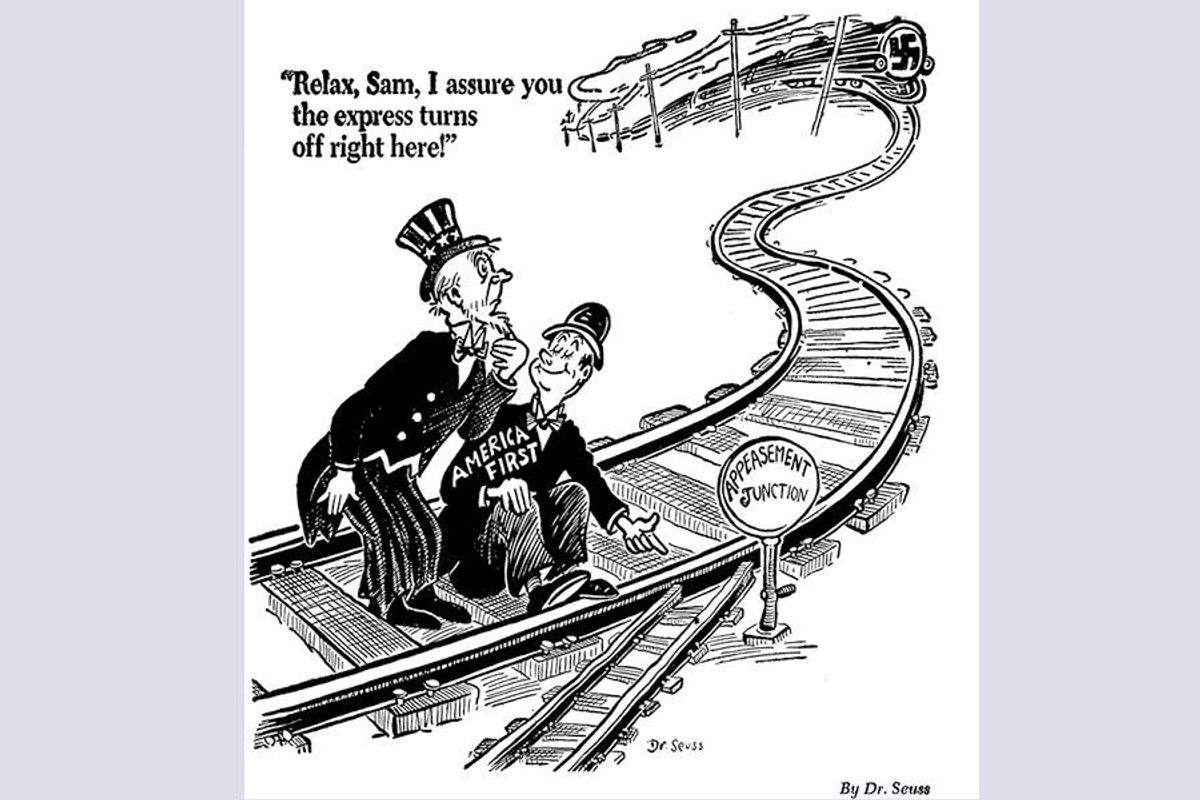 “Relax, Sam, I assure you the express turns off right here!”

If the world of Dr. Seuss can teach us anything, it’s that history is our best defense against modern tyranny.

Well, that, and the fact that Americans will always love goofy hats: 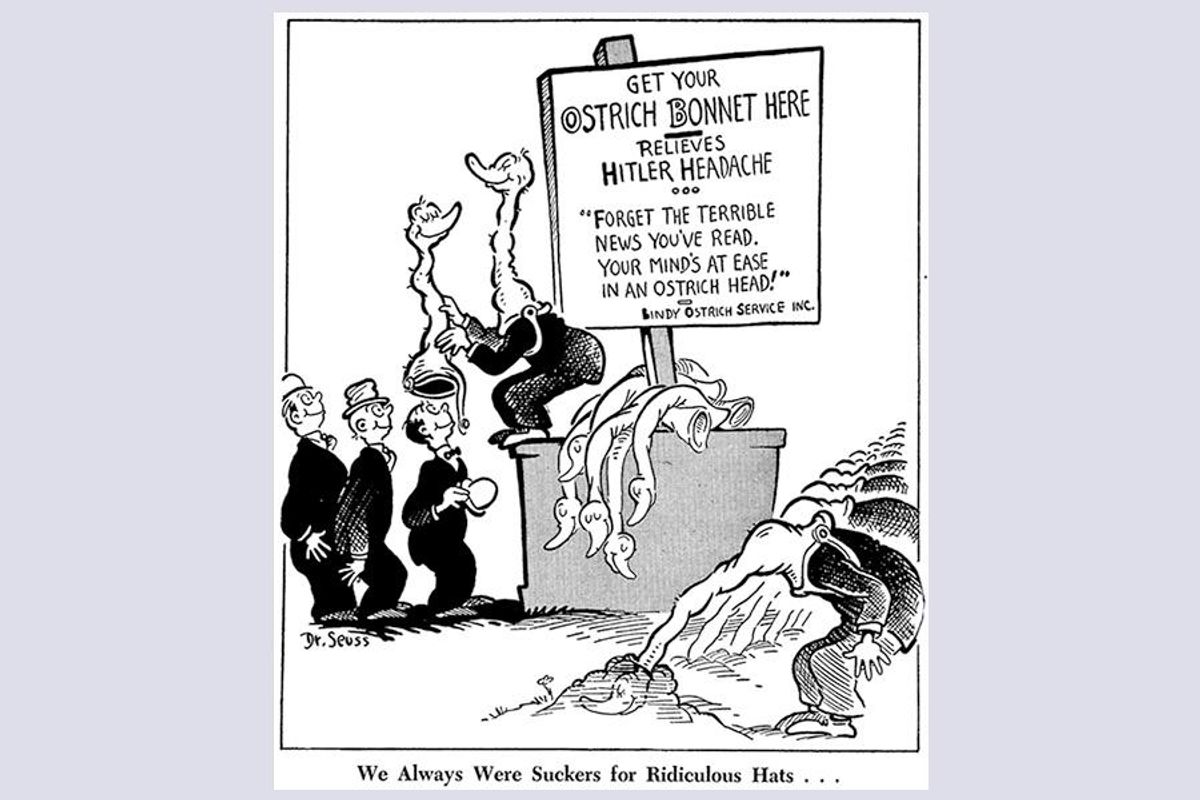 “We Always Were Suckers for Ridiculous Hats.”