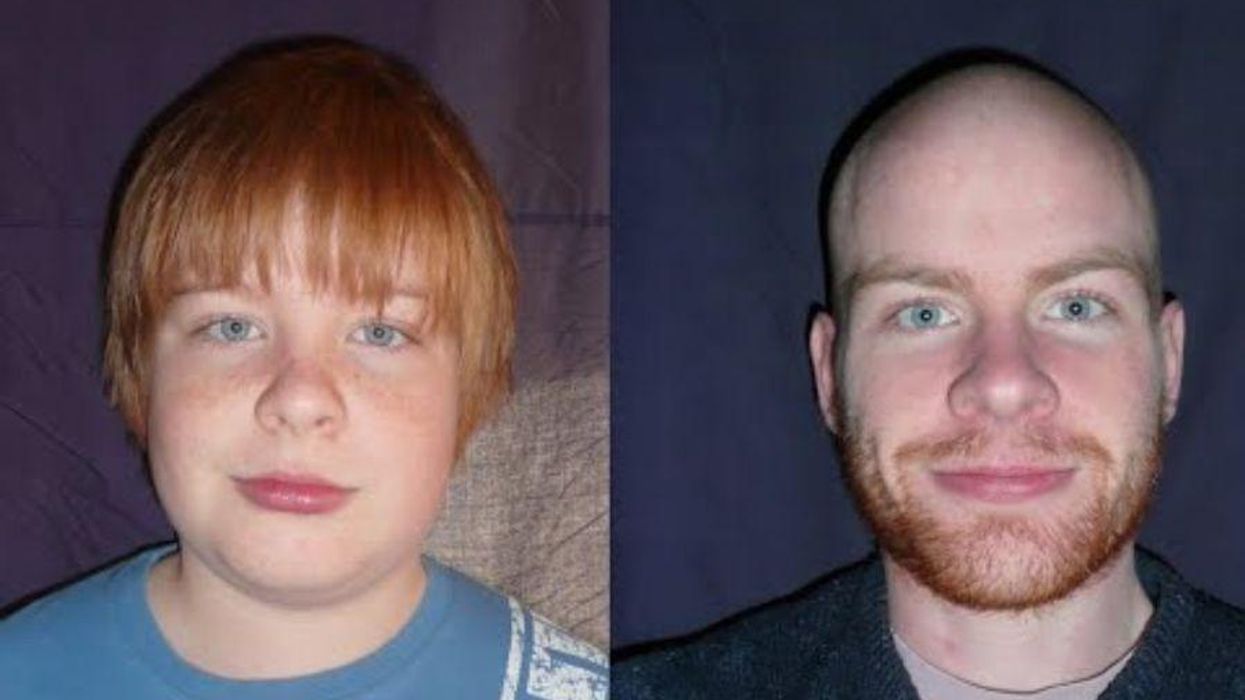 On Christmas Day in 2007, when he was just 13-years-old, Jordan Wilson hung up a purple sheet of fabric and took a photo of himself in front of it with his digital camera.

He’s done the exact same thing every day since.

When he goes on vacation, he takes the purple curtain with him so he doesn’t miss a day. He used the same digital camera from 2007 to 2020, when light flares started showing at the bottom of his photos indicating that the camera was on its last legs. He tracked down the exact same model of camera from 2007 to replace it and kept going.

Now he has a timelapse of his face every day of his life for 15 years, with the same backdrop from the same distance and angle, and watching it play out is truly fascinating.

Most of us find it interesting to see photos of ourselves from when we were younger and notice how we’ve changed, but imagine what it would be like to watch yourself grow and change daily through your entire adolescence and early adulthood.

The foresight it would take to do that at age 13 is remarkable, as is the dedication to taking a daily selfie no matter what. Wilson shared his timelapse video on YouTube this week and has been responding to people’s questions about his process on Reddit.

Watch him go from a chubby-cheeked young teen to a balding, bearded young man in less than five minutes:

Wilson shared that he used the free video editing software DaVinci Resolve to create the video. “It has a timelapse stabilisation option built into it, and that’s what it’s in the video,” he wrote.

He also shared that there are actually two different curtains in the video because he made a second backdrop when he started splitting his time between two different cities about 10 years into the project so he wouldn’t have to always transport the one back and forth.

It’s pretty brave to put something like this out on the internet, where you know people will comment on everything from your hair to your weight to your teen acne. But it’s also a mesmerizing creation that allows us to see time passing in a way we don’t normally get to. One can’t help but wonder what he was personally experiencing through all of these daily photos—the ups and downs of the teen years, educational endeavors and jobs, relationships and family dynamics. And then to think about what was happening in the world during this time—the financial crisis of 2008, the Obama years, the political upheaval that followed, the COVID-19 pandemic and more. (If you watch carefully, there’s even a little blip of a mask toward the end of the video).

Wilson has been sharing his timelapse videos every five years, and he wrote that he has no plans to stop now. So look for another of these videos to come around Christmas of 2027 to see how he changes as he heads into his 30s. Will he lose more hair? Start seeing some early grays and wrinkles? Time will tell, and thanks to a 13-year-old looking ahead in 2007, there’s a good chance we’ll get to see what it says in another five years.

Thanks for the cool trip through time, Jordan Wilson!