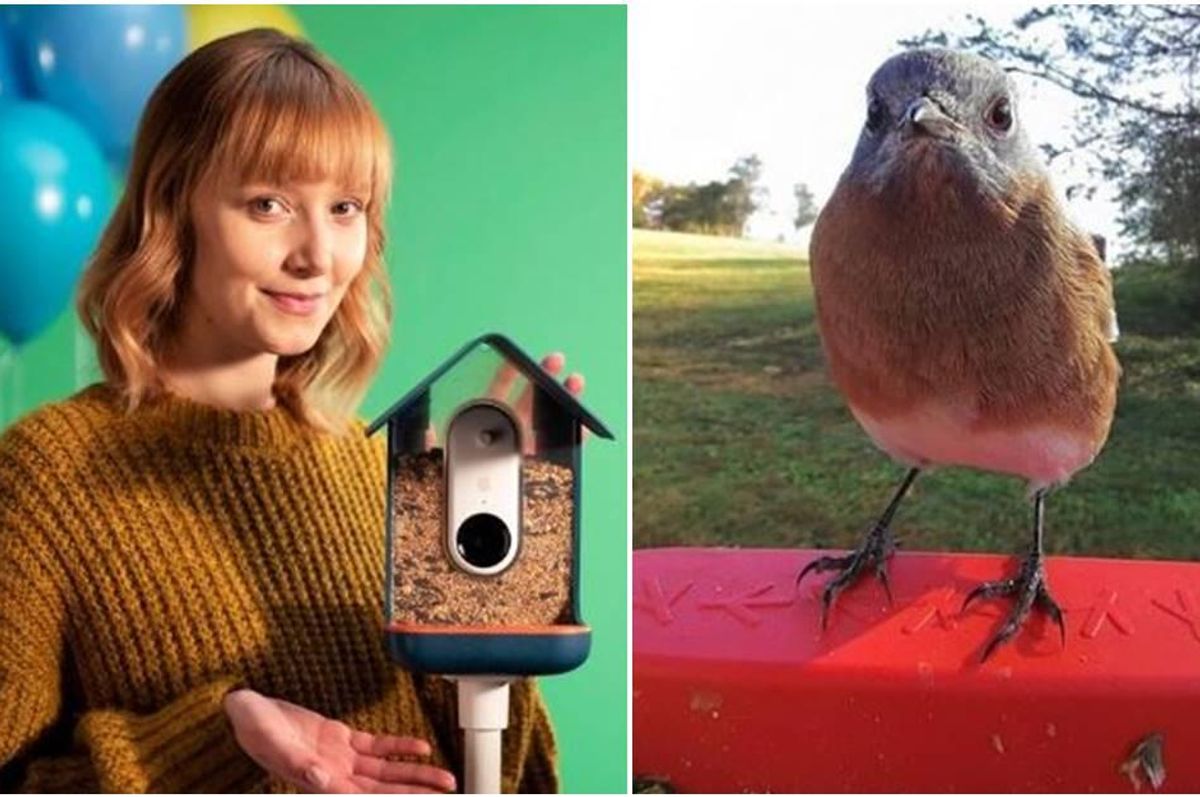 A little more than five years ago, the world freaked out overnight with the release of “Pokémon Go,” the augmented reality app game where people can find and collect pocket monsters in the real world. It seemed like everywhere people went they’d see folks staring at their phones trying to chase down a Charmander.

The Pokémon Go app’s popularity soon fizzled out but the idea lives on in Bird Buddy, a new app-enabled bird feeder.

Bird Buddy is all the rage at this year’s CES, formerly known as the Consumer Electronics Show, because it takes fantastic pictures of real wildlife and it’s a fun, educational game to play as well.

CES runs through January 8 at the Las Vegas Convention Center.

Bird Buddy is a feeder you put outside your home that has an app-enabled camera attached, like a Ring doorbell. The motion detector inside the app turns on when birds fly up to get a snack from the feeder and then it takes photos and videos.

The app notifies you when you have a new arrival at the feeder. But should you miss one, the app will send a postcard with a photo of your new visitor. The basic model can be charged via a USB-C cable, but you can also upgrade it to run on solar power so you don’t have to charge it as often.

The app is enabled with AI technology that the company says can detect up to 1,000 types of birds. The technology was developed by Bird Buddy after it collected around 3 million photos. Two million of these were processed by an ornithologist who led a team of interns to train its bird identification AI.

“We try to kind of gamify the collection so it’s a really fun game that you can play — almost like a real-life Pokémon Go with real animals and wildlife in your backyard,” Kyle Buzzard, the company’s co-founder and chief hardware officer, said according to Associated Press.

The company started off as a Kickstarter project in 2020 and has since sold out its entire inventory of 100,000 feeders. The basic feeder kit starts at $199.

At this year’s CES, Bird Buddy debuted its new hummingbird feeder, which can take photos and videos of more than 350 hummingbird species with wing speeds of up to 60 mph. The feeder is expected to go on sale in late 2023.

Bird Buddy is a fun way to get people into bird watching who might never have otherwise. As its technology develops, it may become a great tool for conservationists to track different species because it’s constantly tracking bird movement.

“We get timestamps, and we know the species and we know — generally — the location based on the town that you put in,” Buzzard said according to TechCrunch. “We’re building the largest database of bird visits.”