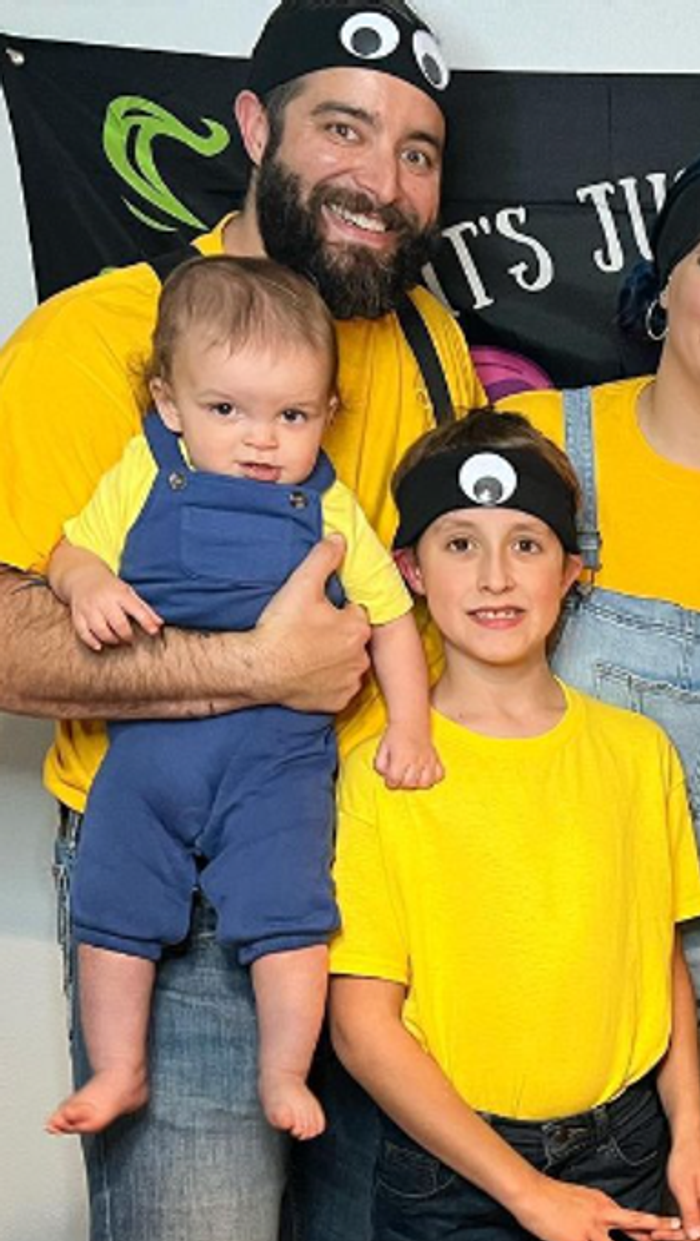 Polyamory, a lifestyle where people have multiple romantic or sexual partners, is more prevalent in America than most people think. According to a study published in Frontiers in Psychology, one in nine Americans have been in a polyamorous relationship, and one in six say they would like to try one.

However popular the idea is, polyamory is misunderstood by a large swath of the public and is often seen as deviant. In reality, it can be a healthy lifestyle that those who practice it say has several benefits.

Taya Hartless, 28, and Alysia Rogers, 34, along with their husbands Sean, 46, and Tyler, 35, are in a polyamorous relationship and have no problem sharing their lifestyle with the public on social media. Even though they risk stigmatization for being open about their non-traditional relationships, they are sharing it with the world to make it a safer place for “poly” folks like themselves.

It all began in 2019 when the Oregon couples met in an attempt to add some spice to their sex lives. “None of us had been polyamorous before, but we all just met and fell in love,” Taya said, according to the Mirror. “We didn’t even know what polyamory was, until we started getting feelings for each other,” Alysia told Today.

“From the first night we met, we all wanted to just see more of each other. It wasn’t easy—there was a lot of hesitations around having feelings,” Taya said. “Sean was the first to point it out—he said ‘we can’t deny this is happening’. We agreed to talk it out to see what the future would look like.

The couple lived two hours from each other, so in February 2020, right before the whole world changed, they moved in together along with Tyler And Alysia’s two children, 7 and 8. “The Quad” as they call themselves came together to create what they call a “polyfamory.”

Although neither Sean and Tyler nor Alysia and Taya are dating one another, they see each other as close partners. The women have their own rooms which the men rotate in and out of each night.

The couples had a very cool way of explaining their relationship to their kids. “We told them: ‘You know mom has a boyfriend and dad had a girlfriend and we’re going to move in together, and we’re all going to be a big family and they’re going to help parent you, so we’re going to need you to treat them like you treat us— like parents,’” Tyler explained.

Since moving in together, both women have had a baby but no one knows for sure who the fathers are. “We did not regulate the biology,” Alysia said. But it doesn’t matter because all four adults share parenting responsibilities.

“At the end of the day, we’re just like any other monogamous family—there’s just four of us,” Tyler says. “Being a parent is so much more than just biology, and that’s what we’re about.”