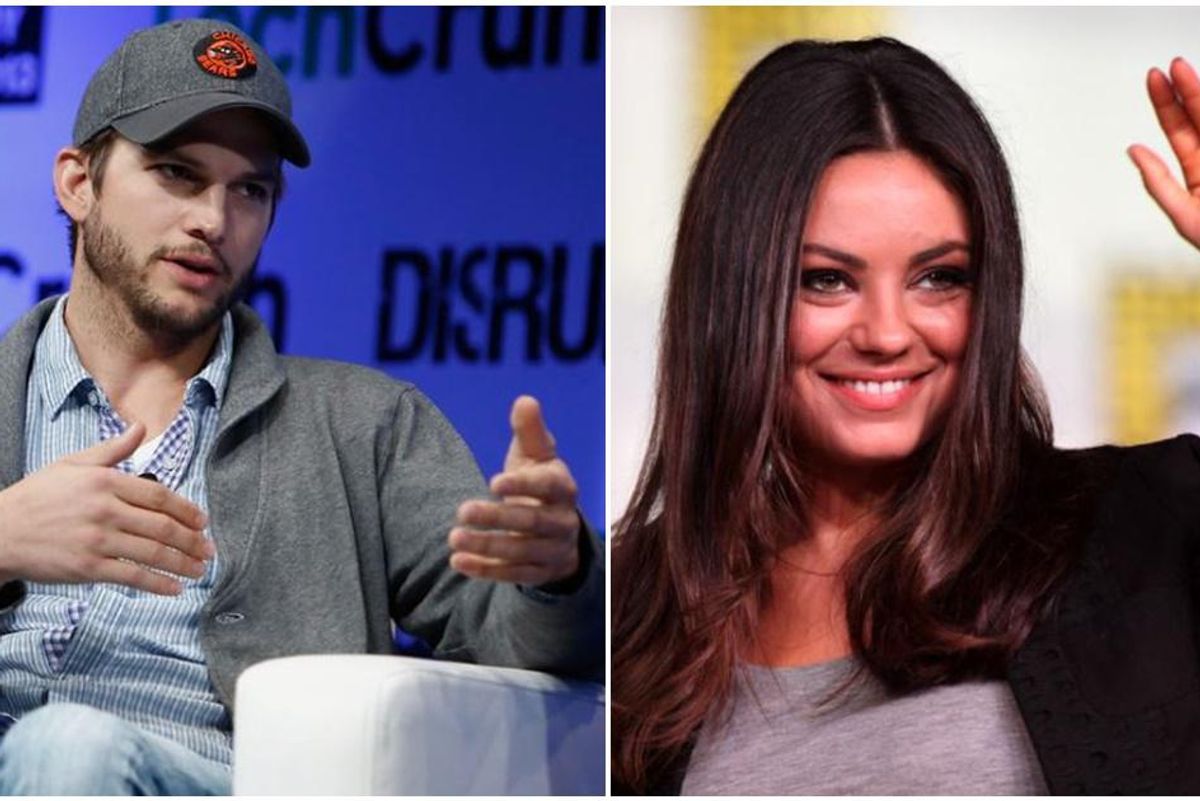 Mila Kunis admitted a recent parenting fail on The Ellen DeGeneres Show and it brought up a debate parents have had for ages: should kids be taught to physically fight back when they’re being bullied?

It all started after Kunis and husband Ashton Kutcher’s daughter Wyatt Isabelle, now seven, came home from preschool and revealed she was pushed by a bully. To which Kunis replied, “Did you push her back?”

“Push her back next time,” was the advice Kunis gave to her daughter. “You push her back and say ‘No, thank you,’ and you walk away.” She later elaborated on her instructions saying not to push anyone when they’re on the swings, ladder, or slides but when they’re “even-Steven.”

However, when Kutcher heard this advice he completely disagreed.

“I turned around, and I see Ashton’s face, and he was like, ‘No!'” she said, shaking her head.

Even though Kutcher disagreed, she stood firmly on her advice. “You stand up for yourself, and you say ‘No thank you,'” she said.

The dispute between Kutcher and Kunis is a topic as old as time. Heck, even The Bible can’t agree on whether or not to take “an eye for an eye” or to “turn the other cheek.”

Psychologist Karyn Healy says that in some cases it may be beneficial for a child to punch back at a bully. “Several studies of pre-school and primary school-aged children have found that being submissive to peers and not retaliating increases children’s risk of ongoing bullying,” she wrote in The Conversation.

But a lot rides on how successful the child is with their retaliation. If the child’s response is wild and emotional, the bullying may intensify.

“Hitting back may deter further aggression if done calmly and competently, but if the child is highly emotional or physically unskilled, hitting back will make matters much worse,” Healy writes.

Healy believes that the best way for a child to avoid being bullied is to respond by being assertive and calm. She adds they should stand up for themselves by using their words and to enlist the help of friends. Also, research shows that it’s important to notify any school officials because “most schools can improve the situation when made aware of the issue.”

Carrie Goldman, author of “Bullied: What Every Parent, Teacher, and Kid Needs to Know About Ending the Cycle of Fear,” says that teaching kids to fight back can make them feel that it’s their fault they’re being bullied.

“Those kids who are unable to fight back may end up feeling blamed for the bullying,” she writes. “Their already fragile self-esteem is further weakened, as they wonder, ‘What is wrong with me? Why can’t I make this stop?'”

Child psychologist Dr. Andrew Mendonsa offers a slightly different opinion. He believes that a child should react physically to defend themselves, but only to remove themselves from the situation, not to get send a message.

“If someone has their hands around their neck, they have a right to break free of those holds,” he added. “But then again, breaking free and then engaging in the situation, unfortunately, is going to be seen as being an aggressor.”

The takeaway appears to be that parents should focus themselves on raising confident children because they are less likely to be bullied. But if they are, they will be able to respond in a manner that doesn’t encourage the bullying to intensify.

Also, it’s imperative that children are taught to notify a teacher or person of authority if they are being bullied.