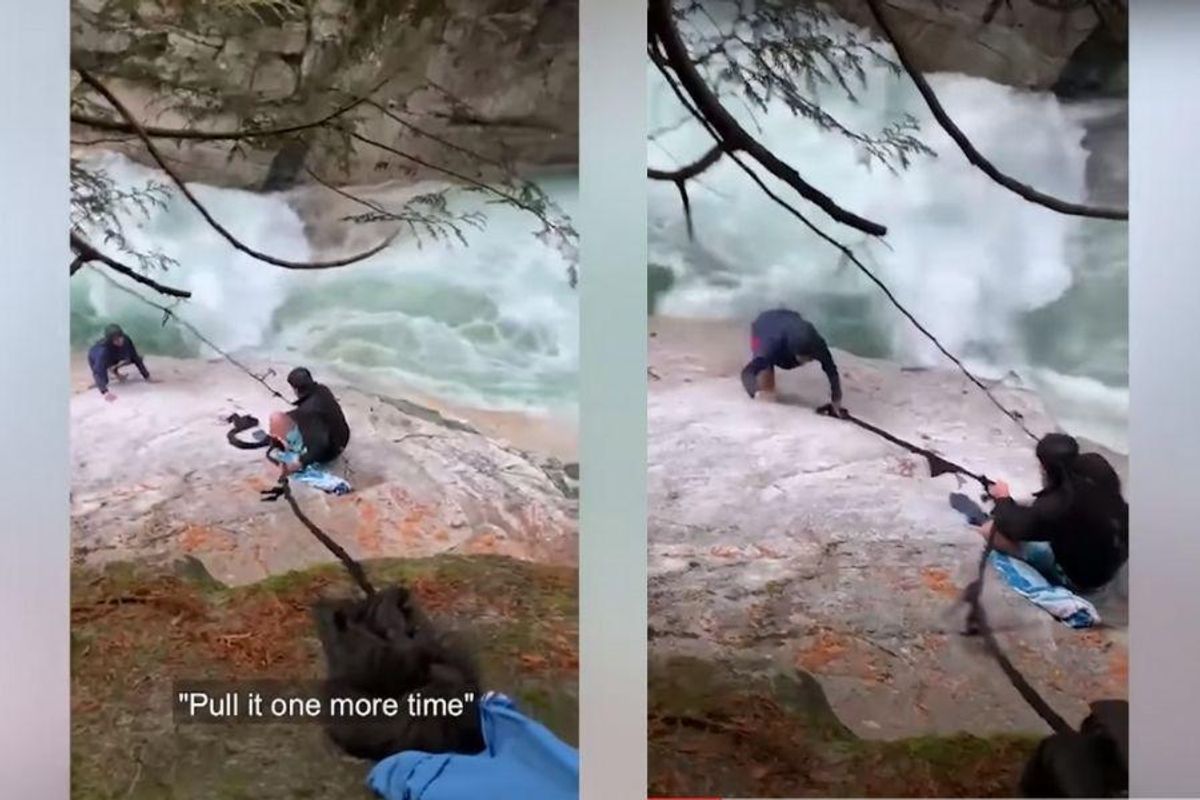 One of the primary tenets of the Sikh faith is “sewa,” or selfless service. We have seen sewa in action in Sikh communities organizing to feed the hungry and rallying to help stranded truck drivers, but sometimes opportunities to practice selfless service pop up in unexpected places.

According to Maple Ridge News, Ridge Meadows Search and Rescue received a call at around 6:00 p.m. on October 11 alerting them that two hikers were in trouble just above the Lower Falls at Golden Ears Provincial Park in British Columbia. The manager of the search and rescue, Rick Laing, told the news outlet that one of the men had fallen into the pool above the falls and was struggling to get out.

But before the rescue team got there, a group of five male hikers were alerted to the stranded men and took the matter into their own hands—and heads. The hikers were Sikhs and were wearing the traditional dastaar (turban)—a piece of cotton cloth up to six yards long wrapped around the head.

“We were trying to think how we could get them out, but we didn’t know how to,” Kuljinder Kinda, one of the hikers, told NBC News. “So we walked for about 10 minutes to find help and then came up with the idea to tie our turbans together.”

When they got to the area above the hikers, they unwrapped their turbans and used them to make a “rope,” which they then lowered down to the stranded hiker. One of the rescuers lowered himself partway down the rock and tested the rope while the others held on from above.

“The rocks there are quite slick and it can be really difficult to get back out of it, especially if you are wet and cold,” said Laing. “So, they were fortunate that these five young men happened by and were able to get him out and back up to the trail.”

Laing added that the man could have succumbed to hypothermia if he had stayed in the pool any longer, and if he had been swept over the falls, he could have suffered broken bones or worse.

“Several people are injured each year as a result of slips or falls,” he told NBC News. “It seems about once every one to two years, someone will be swept over the falls and die as a result of their injuries.”

The two men told the Ridge Meadows rescue team that they did not see the hazard signs in the area. It’s unclear whether they climbed down near the water or if one fell from above, but Laing says the man who fell in was lucky.

“In Sikhi, we are taught to help someone in any way we can with anything we have, even our turban,” Kinda told NBC.

He said that he and his friends weren’t worried about their own safety. “We just really cared about the safety of the men,” he said.

Truly selfless service. What a beautiful example for us all.