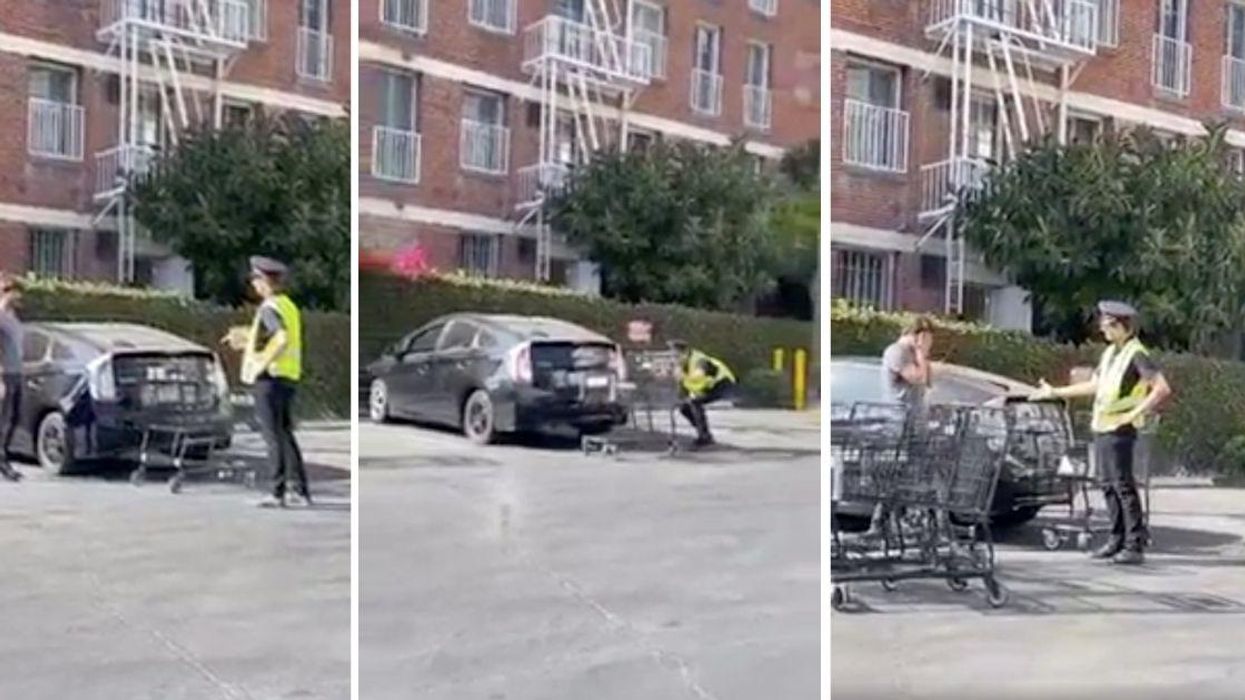 If you were unaware that not returning one’s grocery cart to the store or the stall was a major source of controversy, welcome to the internet. Entire articles have been written about the psychology of putting your cart away in the parking lot, there’s a “Shopping Cart Theory” that treats your cart-returning habits as a test of moral character, and people definitely have feelings about it.

(Full disclosure: I abandoned my cart in the parking lot once. I was a new mom with a screaming baby in the car and the cart return felt like it was miles away and I was wickedly sleep-deprived. So sorry. Please don’t flog me.)

People’s intense opinions on grocery cart etiquette may be why this video on Reddit of a security guard pulling a fast one on a man who did not appear to have any other reasonable excuse for not walking a few extra steps to return his cart is so popular. It feels like a bit of righteous justice being served as the bafflingly clueless man keeps being duped over and over again.

People in the comments found it hilarious, though great debates were waged over whether or not the whole thing was staged. Where did all those carts come from? Was there some sort of cart clown car we can’t see? Why did the man never look around the other side of the car? Did he really never notice the security guard or the carts in his side-rear-window?

It’s hard to believe someone could be that oblivious—except if the QAnon era has taught us anything, it’s that more people are far more gullible than we could have possibly imagined. So perhaps it is plausible.

Whether or not it’s staged, it’s downright delightful with the woman’s laughter and “this is my kind of petty” running commentary.

“It’s like the parking lot version of a Western standoff!” Ha! And when the “mall cop” puts out his arm to shake the man’s hand, and then the man sheepishly helps him move all the carts to the cart return? Classic.

One thing’s for certain: Neither that man nor anyone who watches this video will ever not return a cart to the stall or the store again. Objectively, it actually is quite rude, knowing that someone else will eventually have to do it for you. (Again, sorry. I was just so very tired. I’ve made up for it, I promise.)