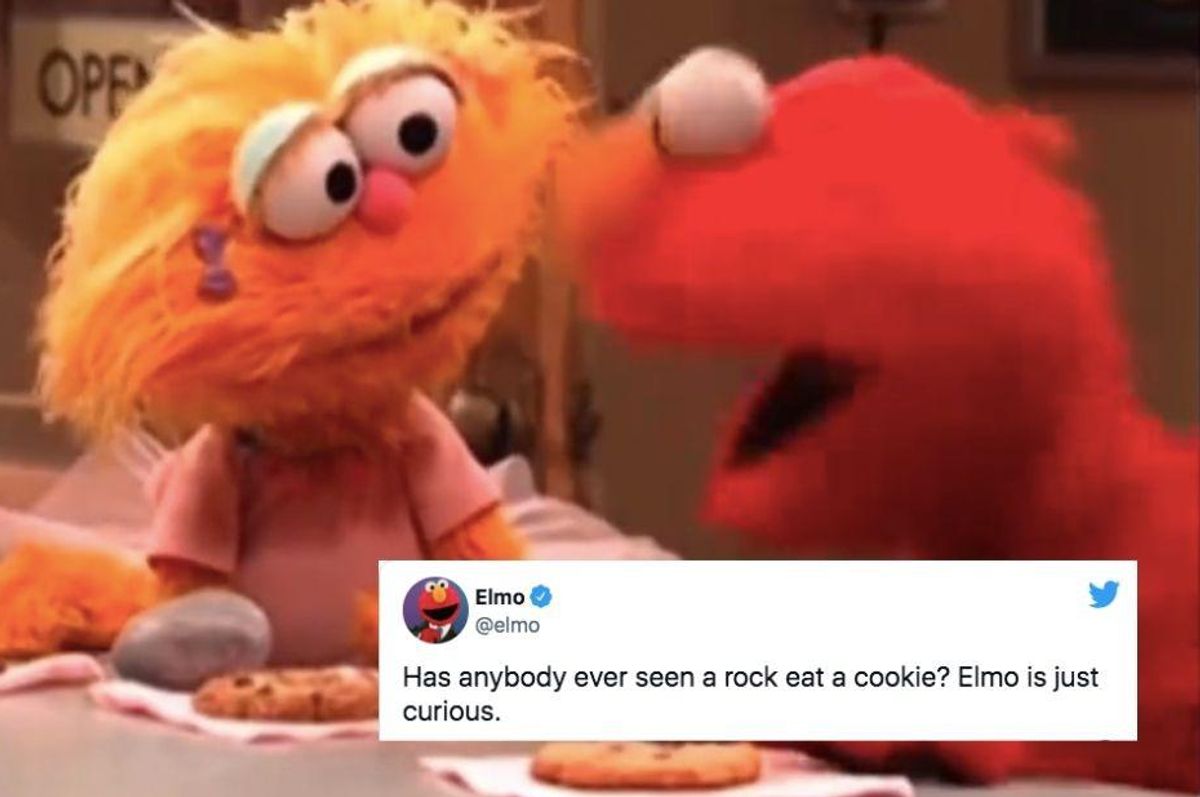 Elmo has been a fixture on “Sesame Street” since 1984 and is one of the most recognized and beloved characters around the world. His signature cute voice and third-person references to himself endear him to children and adults alike, but one of his ongoing bits has the people of Twitter in stitches.

Elmo’s decades-long beef with his friend Zoe’s pet rock, Rocco, occasionally goes viral, and for good reason. It’s hilarious. Rocco first appeared on “Sesame Street” in 1999, and Elmo has been exasperated by it ever since. Who can blame him, though, when Zoe constantly puts Rocco first, insists that he’s real and forces Elmo into her make-believe world?

Perhaps it feels extra relatable right now, as so many people watch friends and family descend into alternate realities, unable to convince them that what they believe isn’t real. How many of us have been in Elmo’s shoes, at the end of our wits, fruitlessly stating facts in the face of fantasy?

Watching Elmo lose it is almost as cathartic as it is funny. Over-the-edge Elmo is the best Elmo.

there are tears in my eyes yu2019all my stomach hurtingpic.twitter.com/bbkF9yDZLf

“HOW? How is Rocco gonna eat that cookie, Zoe? TELL ELMO.”

This is how I’m going to respond to everyone who refuses to get vaccinated and refuses to wear a mask and complains about every other pandemic mitigation tool. “HOW? How are we going to get through this pandemic doing nothing, Chad? TELL ELMO.”

Rocco has Elmo in an existential vice grip, torn between mind-numbing annoyance and the desire to be supportive of his friend. Pretty tough spot for a perpetual preschooler.

Elmo reassures us that he and Zoe are fine, their friendship is solid and all is well.

He just doesn’t want to talk about Rocco.

Has anybody ever seen a rock eat a cookie? Elmo is just curious.

People are loving it.

in a world of zoeys, be an elmo

And people are loving debating the potential deeper elements of Elmo and Zoe’s Rocco fiasco.

Even The Rock himself got into the action, responding to Elmo’s tweet about whether a rock can actually eat a cookie. Well played, Dwayne.

For more Elmo vs. Rocco fun, here’s a compilation of some highlights. Enjoy.