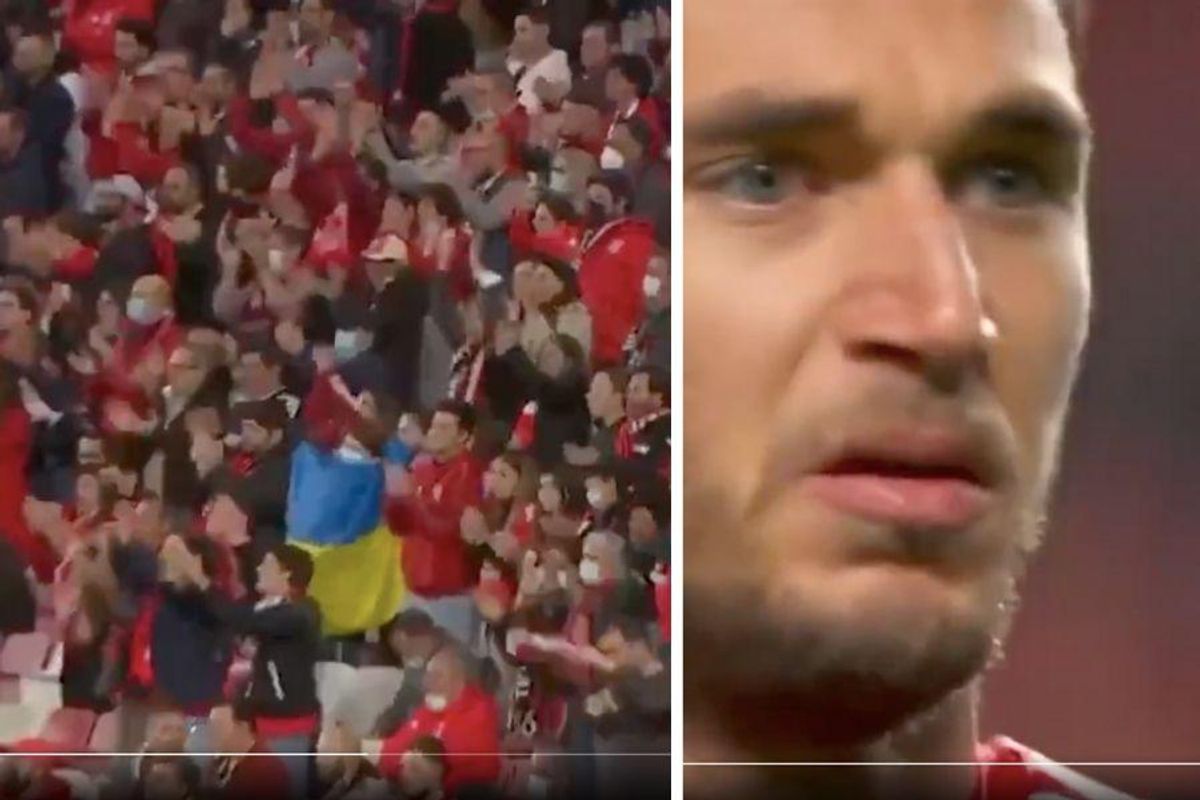 As the Ukrainian people do their best to repel the Russian invasion of their country, the free world has rallied around them with unprecedented support. By now we all recognize the blue and yellow striped Ukrainian flag, representing the blue sky and the golden wheat fields that fill the Ukrainian countryside. We’ve heard the cry “Glory to Ukraine” over and over, from the mouth of President Zelenskyy in his personal videos to the people protesting the war around the world.

The determination, defiance, resolve and courage of the Ukrainian people in the face of Putin’s aggression has galvanized defenders of freedom and democracy everywhere, prompting expressions of solidarity around the world.

One touching example comes from Portugal. During a soccer match on Sunday, 26-year-old Ukrainian soccer player Roman Yaremchuk, who plays for Lisbon’s Benfica team, was brought into the game as a substitute and given the captain’s armband.

Yaremchuk puts on the armband, then runs out onto the pitch. As he’s running, the sound of the crowd grows louder and louder, as people give him—and his country—a standing ovation. Ukrainian flags and signs of support are shown throughout the crowd, and Yaremchuk is visibly moved by the reception.

Ukrainian footballer Roman Yaremchuk comes on as a substitute for Benfica in Lisbon. Watch what happens.pic.twitter.com/H2HCZCq9Os

The lip quiver as he clearly tries to keep it together says it all. Imagine being thousands of miles away from your homeland, knowing your loved ones are having to hide, flee or fight in a war that just arrived on their doorstep. Imagine hearing thousands of people voicing their support for you and your homeland and what that would mean to you.

Hopefully, the world’s outcry for peace and security in Ukraine and the overwhelming condemnation of Russia’s warmaking will make an impact, not only on the spirits of the Ukrainian people but on the people who have the power to put an end to this war.