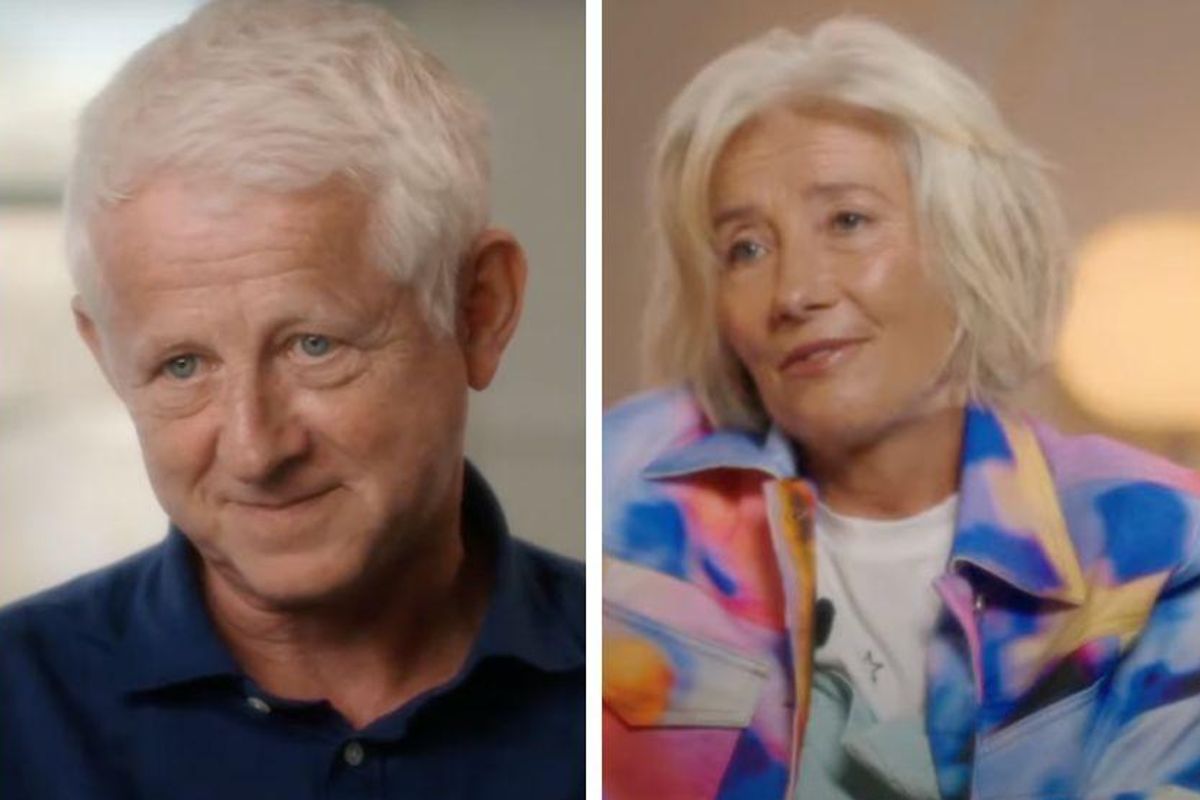 Since its release in 2003, the Christmas-themed rom-com “Love Actually” captured hearts and became one of the most beloved holiday films of all time. True to its title, the film celebrated love—all kinds of love—as it actually is, and managed to maintain optimism without being overly saccharine. This, coupled with a truly stellar ensemble, made it so well received among audiences, despite the mixed reviews from critics.

Nearly 20 years later, the film’s writer and director Richard Curtis (who also brought us “Notting Hill” and “Bridget Jones’ Diary”) reflects back on why it might have meant so much to so many people. As an artist who has made a name for himself creating enduring love stories, perhaps it’s no surprise that he feels it’s something the world is in constant need of.

As part of the ABC special “The Laughter and Secrets of Love Actually: 20 Years Later”, Curtis told host Diane Sawyer “we get thousands of films about serial killers and there’s only ever been about nine of them.”

“And yet,” he continued,” there’ll be a million people falling in love, feeling it’s the most interesting moment of their lives. Good deeds inside families, and good deeds inside communities.” He went on to remark that during the COVID-19 pandemic people displayed an “extraordinary sort of bravery and heroism.”

“Every day has the potential, in all its simplicity, just to be gorgeous,’ he concluded.

Curtis also noted that despite its timeless themes, that there are definitely some choices he would no longer make. “Thank god, society is changing. So, my film is bound, in some moments, to feel, you know, out of date. I mean, there are things about the film, you know, the lack of diversity makes me feel uncomfortable and a bit stupid,” he said.

Sawyer held interviews with not only Curtis, but with Emma Thompson, Hugh Grant, Bill Nighy, Laura Linney, Thomas Brodie-Sangster, Olivia Olson and Martine McCutcheon, who all starred in the movie.

Thompson, who played upper-class mom Karen, and Bill Nighy, who played aging rock star Billy Mack (and, let’s not forget, gave the film its iconic tune “Christmas is All Around”) seconded Curtis’ sentiments.

“Time and time again, we forget that love is all around us,” Thompson told Sawyer.. “It’s all that matters. [Curtis] reminds us in a film that is very funny about love and all its messiness and its unexpectedness. That you’ll find love in the weirdest places.”

Similarly, Nighy said “I love films that emphasize how remarkable people can be. It was full of love and heart and all those words that you resist, perhaps, and why not?”

Perhaps it’s this refreshingly positive attitude of appreciating life’s simplest, yet most profound moments that helped the movie defy the odds. After all, even the cast admitted to finding the story pretty out there. Hugh Grant, who played Prime Minister David, joked that he originally thought it was all “a bit psychotic.”

“But the thing is,” he added, “with [Curtis], what you have to remember is when he writes about love, he means it. And that is quite rare.”

It’s because of Grant’s commitment to Curtis’ vision that gave us one of his characters most iconic moments—when the Prime Minister gets caught by his secretary while dancing to “Jump (For My Love).”

“I saw it in the script and I thought: ‘Well, I’ll hate doing that,'” Grant quipped… “No Englishman can dance sober at 8 in the morning.” But in the end he honored what he called his “contractual obligation,” though he would like us to know getting caught by the secretary was his (“genius!”) idea.

The special contains all kinds of fun behind the scenes stories that will make you love the film even more. One particularly funny bit is when Curtis shares a story about Keira Knightley wrongly predicting her next role in the major blockbuster “Pirates of the Caribbean” would be a flop. “I remember sitting down with Keira while we were shooting, and saying, ‘what are you doing next?’ And she said, “oh, I don’t think it’s going to work. It’s a pirate film and they always fail.’” Sometimes it’s nice to be very, very wrong.

If you’d like to watch the full special, it’s available on Hulu. And if you haven’t seen “Love Actually,” do yourself a favor and watch it right this second.