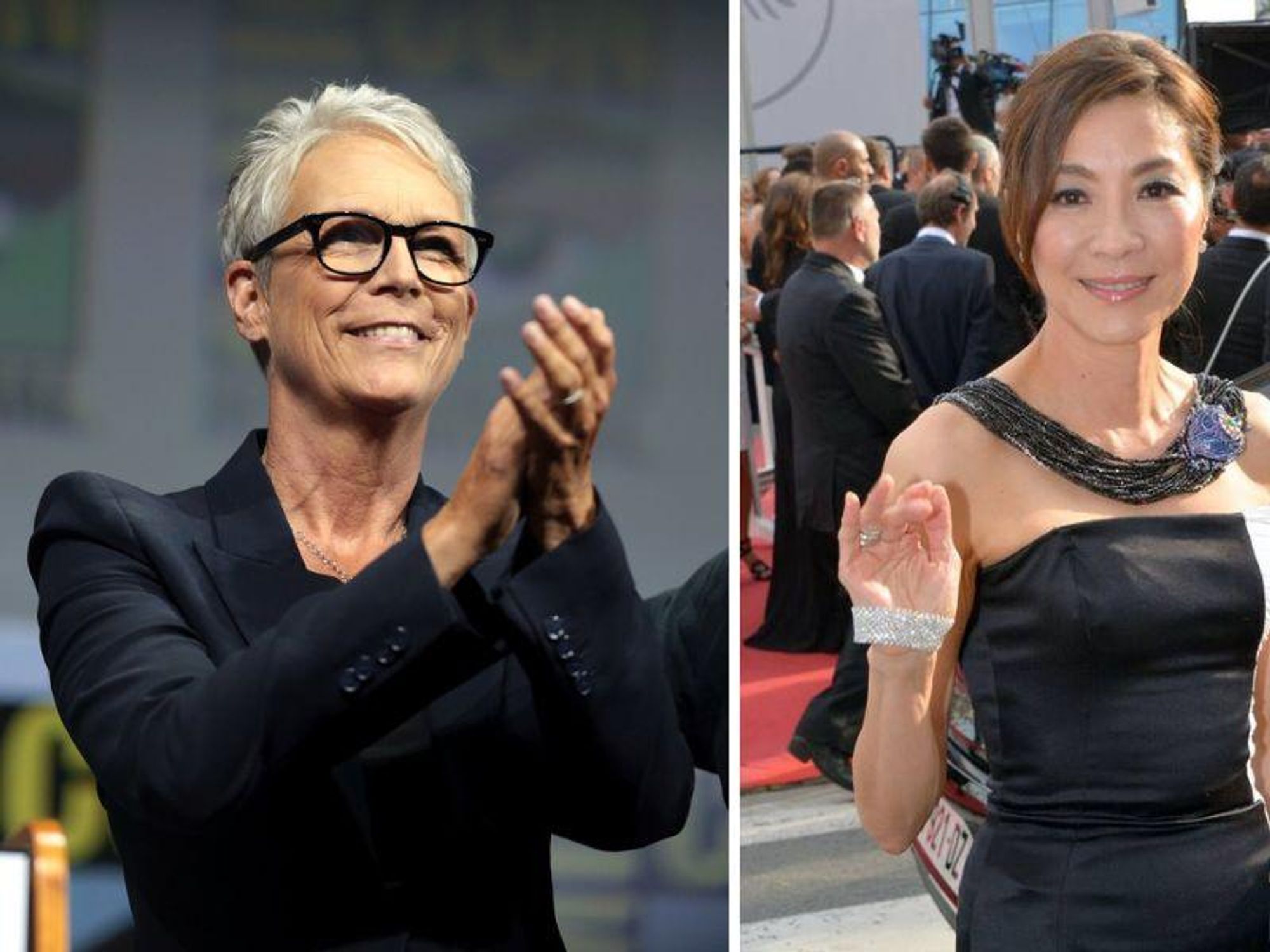 The 2023 Golden Globe Awards was an incredible night for Michelle Yeoh. The 60-year-old actress had waited 40 years to play the lead in a Hollywood film, and winning the Golden Globe for Best Actress in a Comedy for her starring role in “Everything Everywhere All at Once” was a dream come true.

Yeoh’s moment in the spotlight made headlines that night as her award speech went viral. But following the ceremony, another moment went viral—the split second Yeoh’s name was called as the winner and the reaction of her co-star, Jamie Lee Curtis.

Curtis herself had been nominated for the Best Supporting Actress award for her role in the film but didn’t win. (That award went to Angela Bassett in “Black Panther: Wakanda Forever.”) But whatever disappointment Curtis may have felt about not winning her own award did not diminish her response to Yeoh’s win, which was immediate, intense and immensely joyful.

A screenshot of Curtis’ triumphant celebration of Yeoh’s win was shared on LinkedIn by Erin Gallagher, CEO and founder of gender equity company Ella, along with a powerful message that’s resonating with women everywhere.

“Ladies, this is your vibe for 2023: unabashed hype woman.

Full on. Full out. Full force.

This photo was taken last night at the Golden Globes when Michelle Yeoh won Best Actress for her role in ‘Everything Everywhere All at Once.’

“You can feel her energy, her fire, her power.

Her excitement, joy and passion for Michelle is palpable. The photo moves. It vibrates.

If you saw this photo without context, you may think that it was actually *Jamie* who won.

When she wins, fight the urge to question…

…who does she think she is?
…why is she getting attention?
…did she really deserve it?
…is she really that good?
…what about me?

Guess what? The world has sold you a lie.

Her success doesn’t detract from yours.
Her wins don’t create your losses.
Her joy can’t steal the joy that’s meant for you.

De-condition and unlearn what you’ve been wired to think: that women are your competition.

It’s a trap. Meant to distract us. And to keep us keeping each other down.

Find your Jamie.
Hype their Jamie.
Be her Jamie.”

The message hit home, and hard. Reposts on Facebook have circulated thousands of times as women share the message with an enthusiastic, “Yes, this!”

The sense of competition between women is often unspoken and not overtly encouraged, yet it exists. Research indicates that women have had complex relationships with one another, marked by both competition and cooperation, throughout human history. Throw in the uphill battle for social and political power in the modern era and it’s perhaps unsurprising that women can sometimes see other women’s success as threatening to their own.

That isn’t really how it works, though. It’s not like there’s a finite amount of female good fortune to go around. Success is not pie. As Gallagher points out, another woman’s success does not detract from our own, and there’s ample awesomeness out there for all of us.

Plenty of forces will try to pull women down and hold them back—do we really want to add to that? Be a force that lifts women up. Hype those you know who are crushing it. Celebrate their successes. Be their Jamie. There’s nothing but winning in it for us all.