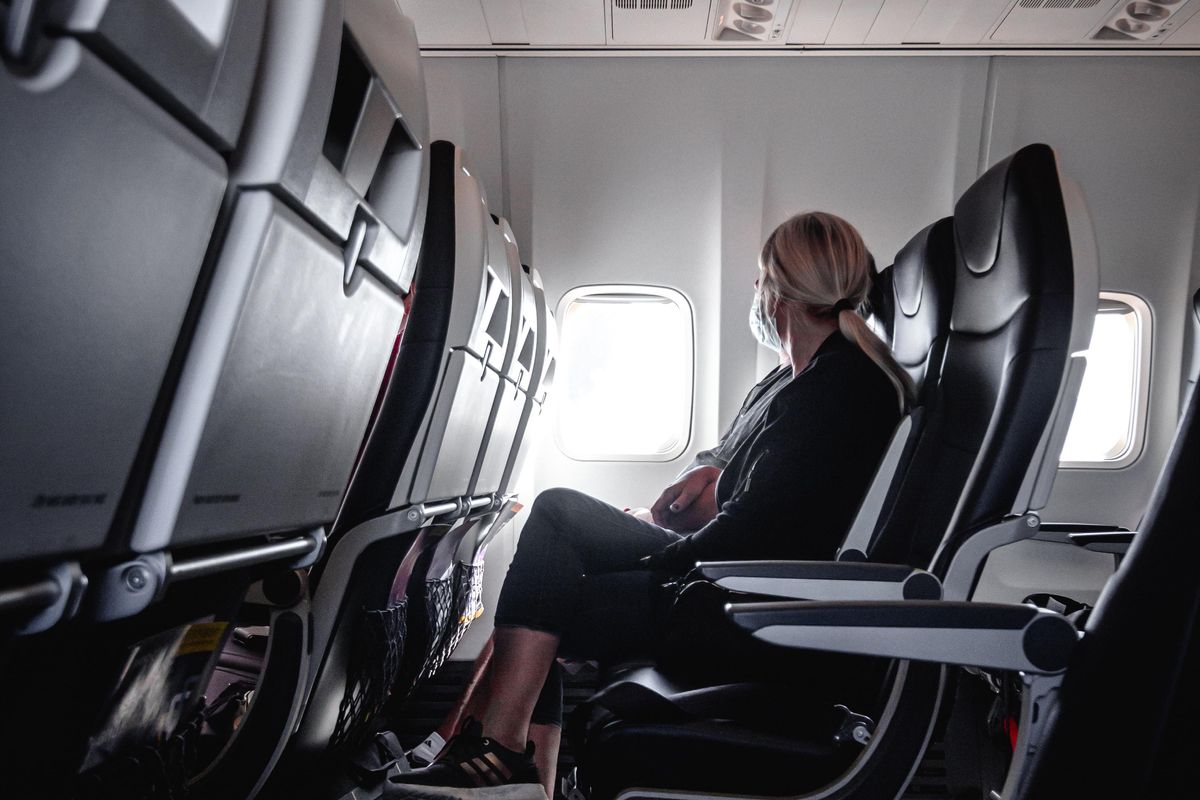 Not everyone enjoys flying. The level of non-enjoyment can range from mild discomfort to full blown Aerophobia, which is defined as an extreme fear of flying. While flying is the quickest way to get to far away destinations, for some people being that far off the ground is terrifying and they’d rather take their chances on the ground.

A passenger flying from Charlotte-Douglas International Airport in North Carolina to JFK International Airport in New York confronted that fear while flying with Delta. The woman, who is currently still unidentified expressed that she was nervous to fly according to Molly Simonson Lee, a passenger seated behind the woman who witnessed the encounter. Tight spaces don’t make for much privacy, but in this case, the world is better for knowing this took place.

According to Lee, who posted about the exchange on Facebook, the Delta flight attendant, Floyd Dean-Shannon, took his time to give the nervous traveler his undivided attention.

Approximately 25 million people in the United States have Aerophobia according to the Clevland Clinic and most of them probably wish Dean-Shannon was on their flights. In Lee’s Facebook post, she said Dean-Shannon took his time to explain every thing that was happening, “this woman was so nervous about flying, so he explained every sound and bump,” the bystander wrote. That wasn’t even the most amazingly sweet part of the story.

When the woman was still nervous, Dean-Shannon sat down in the aisle and held the passenger’s hand the entire flight. I’m not sure what Delta pays him but he needs a raise immediately and it seems the people of the interwebs agree.

Commenter, Miranda Anderson, tagged Delta Airlines and wrote, “I hope you see this! These are the types of people that deserve raises and make your company worth flying with. This is what pits [sic] you above the others so show these employees this is what you want and what you need.”

“I love this. This is what society is lacking. Empathy and kindness towards people in time[s] of need” wrote Diane Lawrence.

While Mary Beth Acker Ford, said, “I was on a flight with him today. He exudes joy and is intentional about making a connection with each person!”

This level of engagement with passengers is not a common experience but clearly people are happy to see this type of connection between humans. Flying anywhere can be stressful for any amount of reasons. From leaving the house late and having to participate in an involuntary 5k to catch your flight, to making your way through the devil’s backyard, also known as Atlanta International Airport…just for them to change your gate 10 minutes before boarding.

So having a flight attendant like Dean-Shannon is just the breath of fresh air people need. “The way he’s looking at her…letting her know she’s safe!!! This is just one of the many reasons I will always fly Delta Air Lines,” Liz Martin wrote in the comments.

The moment captured between a nervous passenger and Dean-Shannon is renewing people’s hope in humanity and it’s beautiful.