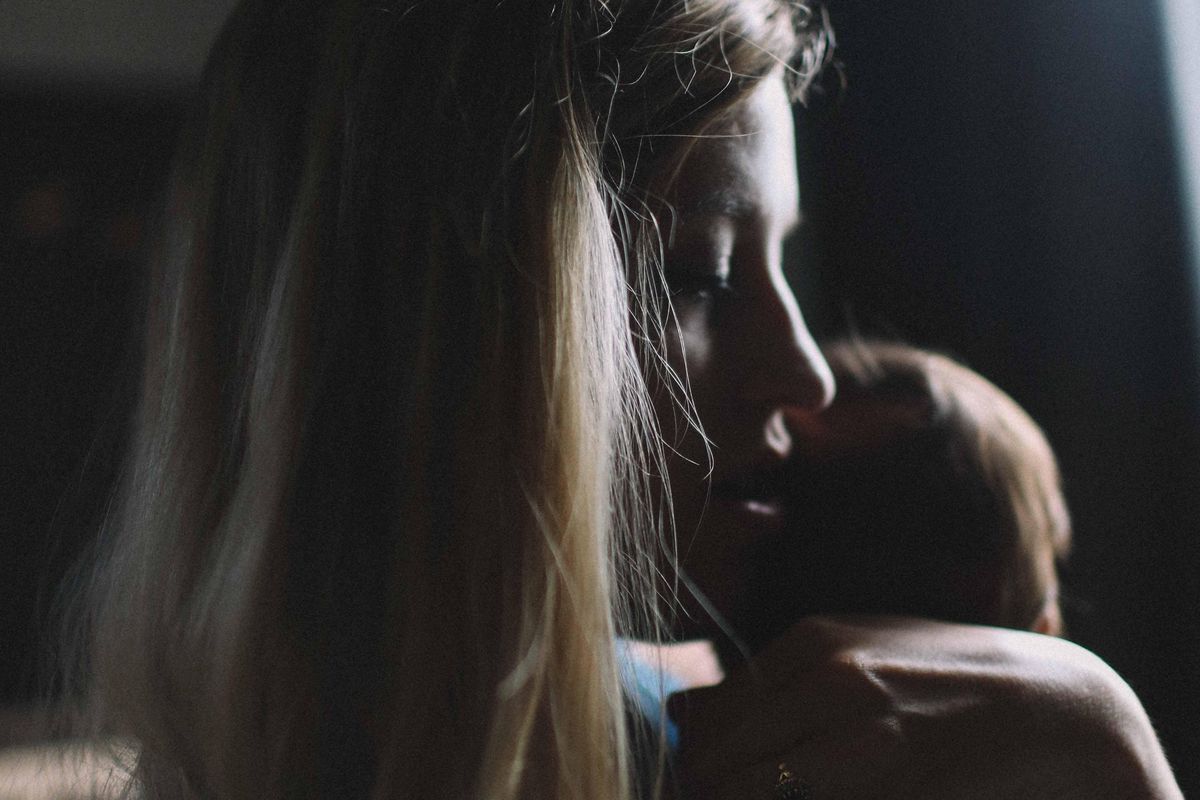 “The Bachelor” alum Tia Booth is finding out firsthand how conflicting mom advice can be and she’s calling it out. Booth gave birth in December of 2022 and revealed that she hired a night nurse so she and her fiancé Taylor Mock could get some sleep a few times a week. Sleep is essential to functioning properly as a human and as a parent.

Anyone who has given birth knows how difficult those first few months feel. You’re essentially surviving some version of what is classified as a form of torture—sleep deprivation. New babies have weird, topsy-turvy, upside-down sleep cycles and new parents simply have to white-knuckle it until the little bundle is sleeping for several-hour stretches at a time.

The lack of sleep can not only make you delirious but can sometimes be dangerous when caring for a new baby. I remember being woken up in the middle of the night by a nurse while still in the hospital because in my sleep-deprived state I fell asleep while feeding my son. Thank goodness she walked in before one or both of us fell onto the floor from the rocking chair.

I should’ve informed the nurse that I was tired and allowed her to take my two-day-old baby to the nursery, but asking for help seemed taboo. In today’s world, women are advocating for new moms to not only ask for help, but to seek it out—until they do, and suddenly the message changes…again.

Booth has taken to her Instagram stories to call out the mixed messaging given to new moms. In the now-expired stories, she responded to someone who wrote, “Not trying to be mean, but having a child is taking responsibility and bonding with your baby in the middle of the night when they wake. Not hiring someone to do it for you so you can ‘sleep.'” Obviously, not all parents can afford a night nurse and Booth acknowledged that fact, but she was having none of the mom shaming that was taking place.

“Moms, who have once been first time moms, will say ‘do what’s best for you and your family’ then shame you & lose respect for you for needing help. We can only be praised when we’re exhausted & doing it all alone??? It’s insanity. OK I’m done,” Booth said in the story. And honestly, she has a point that isn’t talked about much publicly.

People who became parents several years ago heard the old adage, “Sleep when baby sleeps,” or simply the truth of, “It’s hard for everyone,” with no real direction on how to make it less hard. But with parents becoming more vocal about how difficult parenting can be and advocating to reach out for help, more new parents are following that advice—and yet, some people find fault in parents receiving the help they need.

A battle surrounding what kind of help someone receives seems to defeat the purpose of telling parents to reach out. Of course, given different financial circumstances, some parents’ help may come in the form of a full-time nanny while other parents rely on a nearby relative or neighbor to grab a quick shower. But the level of help doesn’t make someone more or less of a parent.

The new mom explained exactly why it was important to her to have the kind of help she does, and other parents in similar situations would likely want the same if it was within their budget. “I’m able to be a better mom during the day when I can THINK & know my baby was so loved on & taken care of the night before. I don’t have family here. Neither does Taylor. This is our help a few nights a week,” Booth wrote.