See you on FaceTime, my dudes.

More than 160 have already been released by ICE in an effort to curb the spread of the coronavirus in detention facilities. 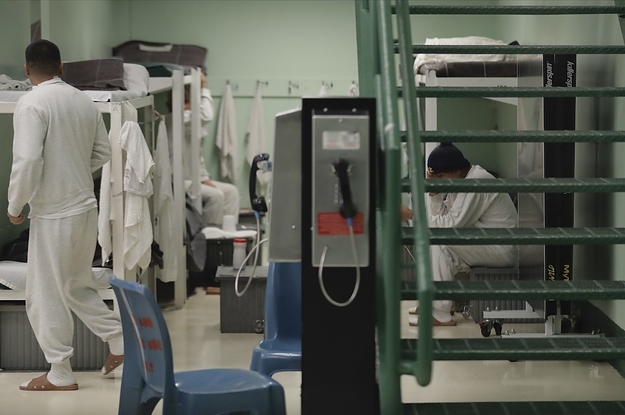 The risky behavior has some worried about a major relapse in COVID-19 infections in the country. 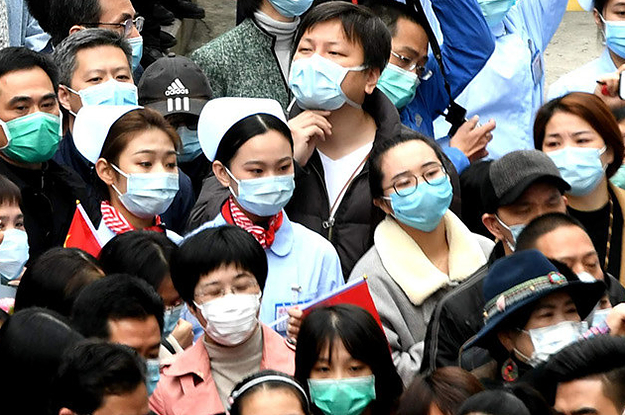 “I have to do my best to keep up my business as much as possible, because it is my only income at the moment.” 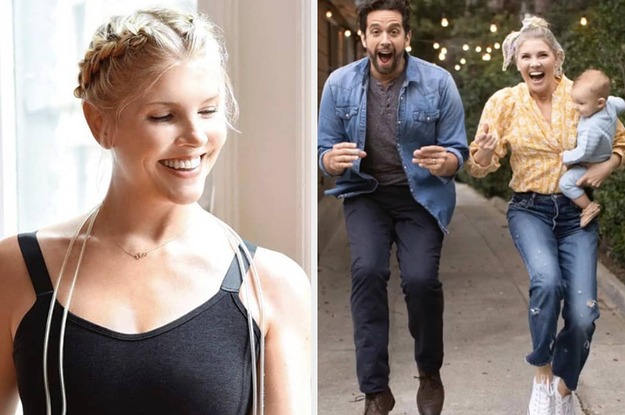 “I laid in bed for a while…thinking about how my options were to stay home and feel defeated, or go out, make my voice heard, and potentially contract a horrible virus.” 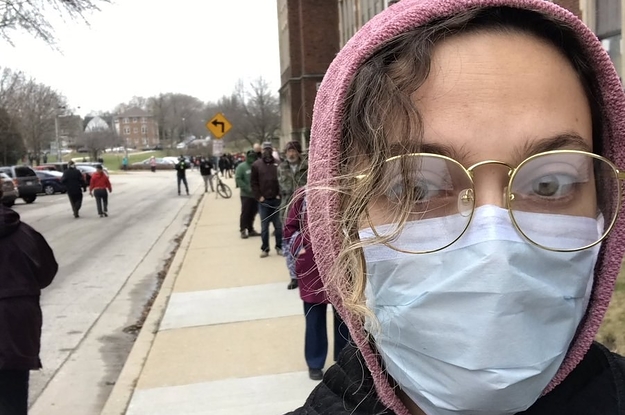 Quibi, the short-format mobile only streaming platform that’s had a lot of hype for its 10 minutes or less shows, launched on Monday to much fanfare but according to reports that didn’t translate into many actual downloads.

According to The Wrap, which shared data from Sensor Tower, the platform’s day-one downloads paled in comparison to other streaming services launched within the last year. Quibi had just 300,000 downloads despite offering a free three-month trial to new users which would be, well, everyone that gave the new platform a shot thus far.

Meanwhile, that’s about 7.5 percent of the around 4 million downloads Disney+ saw on launch day when it debuted in November.

Several people looking to use Quibi for the first time on Monday took to Twitter to complain about signup issues. Quibi did not respond to TheWrap’s request for comment, but its “Quibi Cares” account on Twitter said the issues were remedied around midday Monday.

As The Wrap notes, the 300,000 downloads is more than six times another very popular platform’s debut, HBO Now. But that debuted a full five years earlier and as a companion to HBO’s premium cable offerings on traditional TV. Quibi, meanwhile, is starting from scratch with $1.75 billion in seed money to create new original programing by way or reality TV shows, documentaries and scripted television. It’s also important to note that unlike other streaming services, which can be accessed through a computer or television, Quibi’s mobile app is the only way to get the quick bites you’re paying for when you sign up.

It’s far too early to say what the numbers mean here, but the lack of a killer app out of the gate is certainly one thing you could blame the relatively low numbers on. Quibi boasts a plethora of shows, but no one program stands out as a must-watch, moment-defining pop culture creator like, say, Disney+’s The Mandalorian. There’s a long way to go and a lot of bites to quickly consume, but it’s not a smash hit the platform was hoping to create on day one.

The next generation of video game consoles are still slated to hit shelves later this year, and on Tuesday, Sony shared details about what will be in the sweaty hands of gamers on the PlayStation side of the console war.

Sony shared images and details about its “DualSense” controller for the PlayStation 5 on Tuesday, continuing the “Dual” naming convention and emphasizing touch sensitivity in a lengthy blog post about its features and design inspiration.

The DualSense controller is rounder than past PlayStation paddles and has “adaptive triggers” which can be adjusted to increase of decrease their sensitivity. The rumble technology you know and love from controllers of the past is replaced here by haptic feedback as well. Some design elements from the PS4 controller remain, like the center touchpad and a moved but still intact light bar. The controller is charged via USB-C, which is great for anyone who is looking to ditch the USB micro cables they may still have for some legacy devices.

One interesting note on the controller is that it will feature a quick-share function with some still-to-be-announced features.

For the buttons, you’ll notice there is no longer a “Share” button as we had with DualShock 4. Don’t worry – it’s not going away. In fact, we’ve built upon the success of our industry-first Share button to bring you a new “Create” button feature. With Create, we’re once again pioneering new ways for players to create epic gameplay content to share with the world, or just to enjoy for themselves. We’ll have more details on this feature as we get closer to launch.

It’s certainly a good idea, as the screenshot button on the Nintendo Switch has made it extremely easy to snap and share moments from Switch games online. It’s a big reason why you’re seeing so much Animal Crossing: New Horizons content out there, and so the ubiquity of that sharing is certainly something Sony is aware of. It also seems to understand the importance of a microphone in online games, and that sometimes you might be a bit too lazy to track down your headset, which is why it has a microphone built-in.

DualSense also adds a built-in microphone array, which will enable players to easily chat with friends without a headset – ideal for jumping into a quick conversation. But of course, if you are planning to chat for a longer period, it’s good to have that headset handy.

The movement of the joysticks is certainly the thing that will stand out to most gamers initially, but it’s hard to say how the controller will feel until it’s in your hands. That won’t happen for another few months, though, so for now looking over specs and wondering is the best we’ll do. 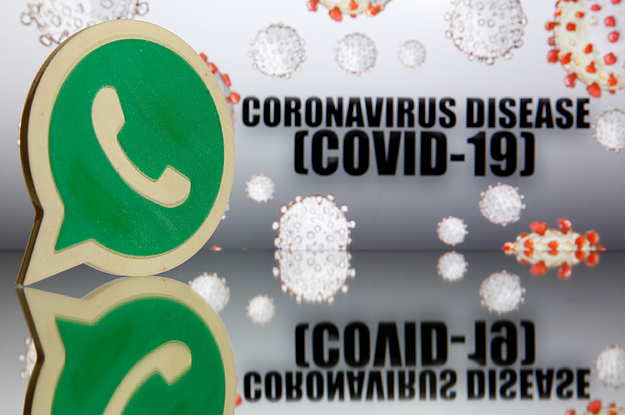 Wheel of Fortune saw another impressive performance from a contestant on Monday night, but the player in question had a bit more experience than is usually allowed. Much like Jeopardy!, its syndicated game show sibling Wheel of Fortune only allows contestants to play in their regular games once. Jeopardy!, mind you, allows champions who go on long runs to return for its Tournament of Champions.

Wheel, meanwhile, is a one-and-done deal. Which is why Tony Harrison was a big exception on Monday night’s episode. Harrison appeared on an episode in 2017 and though it’s unclear exactly what happened, everyone was made aware that this wasn’t his first rodeo during player introductions.

“If Tony looks familiar, this is Tony Harrison, who’s been here before,” host Pat Sajak said. “We had a little production issue, and in the interest of fairness, we brought Tony back.”

Harrison tweeted about his appearance before it aired and seemed very excited to be back.

From a #Wheelmobile contestant search in 2017 to an encore taping at Sony Studios in 2020, it’s been quite a ride. Watch me on Wheel of Fortune, Monday, April 6th! 7:30pm Pacific Time on @ABC7 in Los Angeles. Outside of LA, check your local listings. #WheelOfFortune pic.twitter.com/uk4pr2X0rG

Tony was asked by a fan why he appeared twice on Twitter, and while he didn’t have a full answer he appreciated the show was upfront with him that he would eventually get another shot.

I really don’t know the answer to that Tony, but the show was great about staying in touch and letting me know that it was just a matter of time.

He certainly took full advantage of that shot, dominating the show and winning more than $100,000 in prizes for the effort, including a nice $45,000 payout for winning in the prize round and a trip to Barbados. Harrison was predictably thrilled, but not everyone was happy that he was given a second shot and won so big.

What kind of loophole did Tony find to get a second run at #WheelOfFortune ?

If those have a tinge of jealousy to them, well, you’re an astute observer. But not as astute as Tony, who certainly made the most of his second chance on Tuesday.