In case you needed proof that celebrities are just like us, here’s Rob Lowe passing the time by posing for a full-on Tiger King-themed photo shoot that he recently shared with fans on Instagram. While dubbing himself “Rob Exotic,” the 9-1-1: Lone Star actor also teased that he’s working with Ryan Murphy to develop “our version of this insane story,” which is probably a joke. Then again, Hollywood is going nuts for Tiger King, so anything is possible.

You can see Lowe’s “Rob Exotic” photo shoot below:

With almost a quarter of a million likes, Lowe’s post caught the attention of celebrity friends like Gwyneth Paltrow who called the shoot “INCREDIBLE.” It also caught the eye of Tiger King star Carole Baskin’s shelter Big Cat Rescue. The account commented with the crying cat emoji, which prompted Tiger King fans to reply with some very pointed questions about the fate of her missing husband.

While the promise of Lowe and Murphy teaming up for a “Rob Exotic” series might be tongue-in-cheek, there is a chance that a new episode of Tiger King could be arriving on Netflix very soon. While it’s unclear whether that episode will be all new material or a reunion special, big cat enthusiast Jeff Lowe (no relation) recently told fans in a Cameo video that he was filming with Netflix for an episode that he claims will be available the week of April 6.

So our friend @christie_dish listened to the podcast, @HoldingKourt and after last weeks episode decided to send us this!!!

For the record, Variety reports that Netflix did not comment on the surprise episode, and fans of Tiger King know that Lowe probably isn’t the most reliable source. However, the streaming service has been leaning into reunion specials for its reality series, and with all of the hype around Tiger King, it only makes sense to strike while that iron is still hot. Although, it’s not like audiences are going anywhere anytime soon.

Monday marks the launch of Quibi, the new mobile streaming service from Jeffrey Katzenberg and former HP and eBay CEO Meg Whitman. Among the dozens of series debuting on the app are a handful of sports shows featuring some of the biggest names in the worlds of basketball, football, soccer, and more.

Some of the shows, such as Cam Newton’s Iron Sharpens Iron and Megan Rapinoe’s Prodigy, have previously dropped trailers that include looks inside what folks can expect to see — Newton’s show takes two athletes from different sports and has them discuss the methods they use to train, while Rapinoe’s looks at the stories behind some of the top young athletes on earth. They are, however, hardly the only two programs Quibi will feature the world of sports to one extent or another.

One such show is I Promise, which comes via executive producer LeBron James and gives a glimpse inside his school in Akron that shares a name with the program’s title. James isn’t the only member of the banana boat crew to appear on the platform: Carmelo Anthony makes a cameo on You Ain’t Got These, Lena Waithe’s look at sneaker culture that also includes cameos from Billie Jean King, Candace Parker, Jemele Hill, and Eric Koston.

Professional rally car driver Ken Block is one-half of the equation on Elba vs. Block, which pits him against Idris Elba in a collection of car-themed challenges.

Beyond the five aforementioned programs, personalities in the world of sports pop up in a handful of other Quibi programs. Anthony Davis and Aaron Rodgers make appearances on episodes of Jennifer Lopez’s Thanks a Million, in which celebrities give $100,000 to someone who is then tasked with giving away half of it, while The Miz, Big E, Sasha Banks, Bayley, and Rob Gronkowski appear on Gone Mental with Lior, starring renowned mentalist Lior Suchard.

A trio of programs on the platform — The Replay by ESPN, Sports AM by TSN, and Speedrun by Polygon — will offer up sports and gaming news. Most of the aforementioned shows are available on Quibi as of its launch, with Elba vs. Block debuting on April 13 and Iron Sharpens Iron coming on April 20. 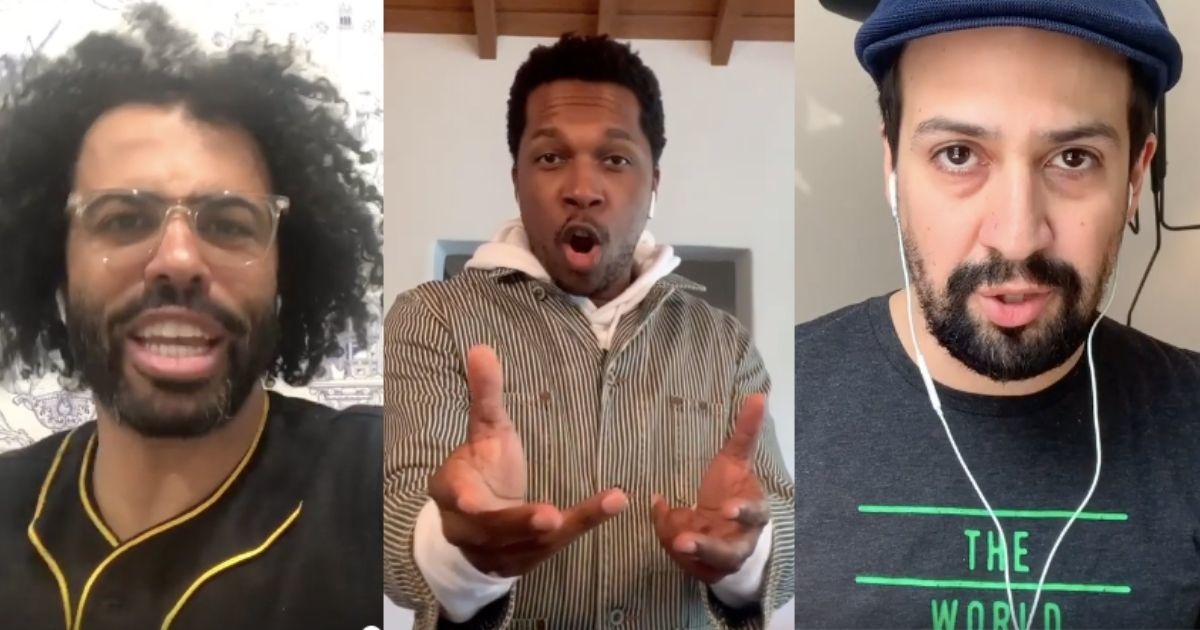 John Krasinski’s “Some Good News” channel has already outdone itself, and it’s only the second episode.

In case you missed it, Krasinski launched a YouTube channel dedicated only to positive, uplifting news last week, and it has gotten a rave response. We’re all craving good news right now, as the coronavirus pandemic sweeps the planet. We all need some bright lights in the darkness.

This week, the original cast of Hamilton brought the bright lights of Broadway to “Some Good News,” and people are going gaga over it.

Those of us who can’t get enough of the unique genius of Hamilton are constantly clamoring to get our hands on every snippet of film that includes the original Broadway cast. And now, Krasinski has delivered a brand spankin’ new, socially distanced performance right into our living rooms. The whole gang—Lin-Manuel Miranda, Leslie Odom, Jr., Daveed Diggs, Phillipa Soo, Christopher Jackson, etc.—gathered on Zoom to sing the show’s opening number, “Alexander Hamilton.” IT’S SO GOOD.

But what makes it even sweeter is that they surprised a young fan with it. A young girl named Aubrey’s family had tickets to see Hamilton, but the performance was cancelled due to the pandemic. Her mom tweeted that Aubrey decided to watch Mary Poppins Returns (starring Krasinski’s wife, Emily Blunt) that night instead, figuring a movie that included Lin-Manuel Miranda was the closest she could get to Hamilton. Oh, was she wrong.

The whole episode is worth watching, but the Hamilton part comes in at about the 8:27 minute mark.

Because sometimes it’s not as easy as just washing your face. 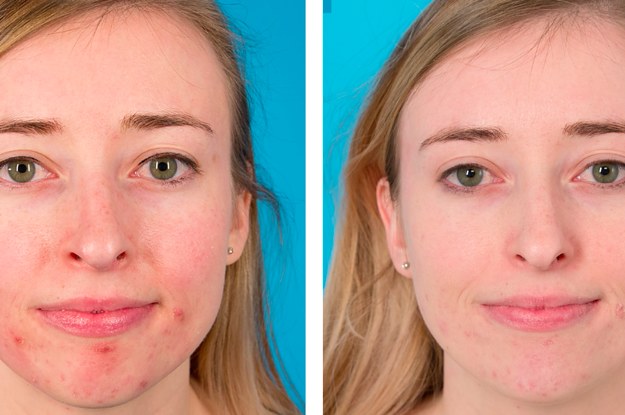 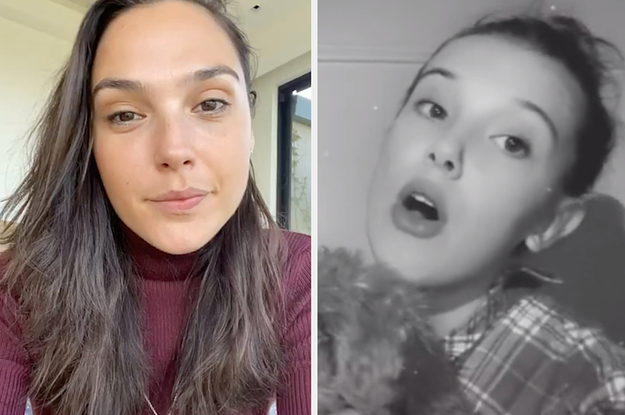 Miller was escorted out of the building by staff, a source at the bar told BuzzFeed News. 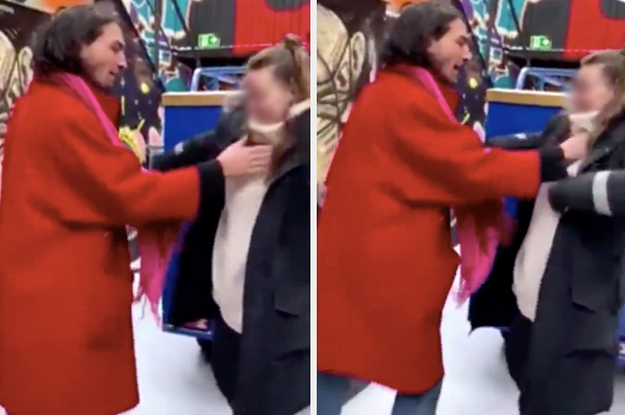 Today: How to let your friends without jobs know you want to give them money, as well as questions about redeeming gift cards and antiseptic wipes. 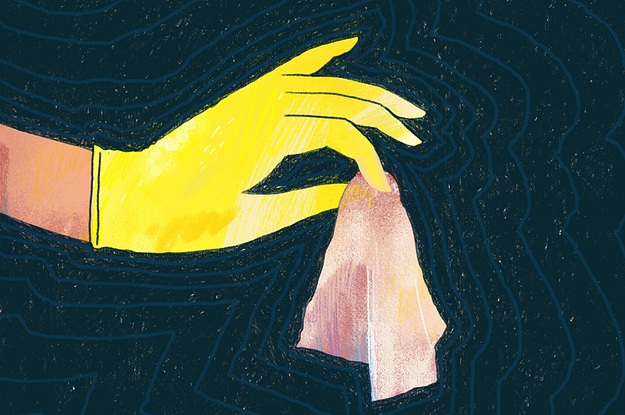 Foreign Secretary Dominic Raab will deputise for the prime minister where necessary. 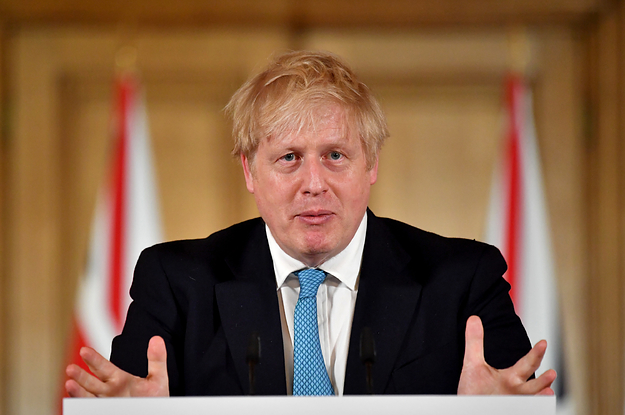 After explaining Chuck D explained Flavor Flav’s “split” from Public Enemy, the preview clip from this week’s episode of People’s Party With Talib Kweli, the full episode has arrived and it’s a supersized doozy. Clocking in at two hours, the two revolutionary rappers cover a lot of ground, from Chuck’s upbringing in New York to the impact of Public Enemy on hip-hop and pop culture to Chuck D mentoring Tupac early in his career.

“Tupac was like a little brother to us,” Chuck says. “He was the dude carrying bags for Digital Underground. But also, Shock G would let him get a little rhyme time if they expanded the show out. Public Enemy, our responsibility was to bring other cats on the show. He explains that Public Enemy was one of the first hip-hop acts to leave New York and experience other regions’ takes on the burgeoning genre. “We were the first to actually go in the regions put them on the show and shout them out.”

“So ‘Pac and Treach were both carrying bags for Queen Latifah and Digital Underground… So both of these dudes, nineteen years old, we’d go to a city and they rolling out together. I said, ‘Dudes, don’t f*ck up. We ain’t gon’ come to save your ass.’ I was Uncle Chuck,” he jokes. “It was a wonderful joy seeing them young men enjoy their coming out.” He praises them as rookies who became superstars and compares himself to a coach, saying hip-hop needs more mentors to guide future generations.

Queens-born Korean producer Yaeji unveiled her revved-up mixtape What We Drew last week. To celebrate her highly-anticipated release, Yaeji debuted an animated lyric video to the track “When I Grow Up” as a reflection on the themes of her early childhood.

Animated and directed by Luis Yang, the visual moves in alignment with Yaeji’s jarring synth beat. Each component of the animation somehow ties in with the theme of Yaeji’s mixtape. Dancing onions and flashing video game controllers float around the producer’s outlined alter-ego.

In a statement, Yaeji said the track is an acute reflection on her childhood: “‘WHEN I GROW UP’ is a song of two perspectives talking with each other. one is me from my childhood, wondering what it would be like when i become an adult. the other is me as an adult, breaking the truth to young me,” she said.

In a recent interview with Vice‘s Garage Magazine, Yaeji discussed her draw to visual art as a medium, which can be seen through her “When I Grow Up” video:

“I’ve always been way more comfortable with visual art for a very long period of my life,” she said. “I think the earliest memory I have is when I was four years old: I was painting a lot, and decided then that I would become a visual artist when I grew up, and I stayed pretty consistently on that path until college. I’m still really comforted by it. I would say my visual art making practice is really similar to music making in a lot of ways. I’m more of a process-based artist, and I’m really frantic and messy sometimes, and abstract and expressive. Often you have to just let it all out that way and then clean it up and organize it later, and understand the bigger picture of the messaging of it.”

Watch Yaeji’s “When I Grow Up” lyric video above.

What We Drew is out now via XL. Get it here.